The Whitney Museum of American Art invited Greenwich House Pottery to have a week-long residency at the Museum to complement the exhibition, Making Knowing: Craft in Art, 1950-2019, which showcases how visual artists have explored craft materials and techniques over the past seventy years. The residency is from February 3rd through February 8th, 2020 and will include public workshops for adults, teens and families, along with private programs for students, teachers, seniors and the Whitney’s staff, all led by Adam Welch, Director of Greenwich House Pottery, and Pottery faculty. Teaching artists will also lead a ceramics workshop after a Verbal Description and Touch Tour of Making Knowing that provides an opportunity for visitors who are blind or have low vision to engage with the exhibit.

Craft media has historically been marginalized in the fine arts world, but is becoming more accepted and respected in contemporary art. Ceramics have been at the forefront of bridging the gap between craft and fine arts, rapidly rising in popularity for both the public and those who work in galleries and museums. “About ten years ago, there were several gallery and museum exhibitions dedicated to ceramics that happened all at the same time, when ceramics had never really been shown before,” Mr. Welch explained. “Like most artistic movements, this was reactionary against what was happening in the art world at the time. Clay and crafts were still sort of taboo, so it was a way for artists to break the mold. It’s what the avant-garde is always about, spitting in the face of the canon.”

The ceramic works on view in Making Knowing highlight how contemporary ceramics often uses clay as a medium to explore ideas that the contemporary art world at large is interested in; artists are creating nonrepresentational objects and taking an expressionist approach to clay. Mr. Welch will discuss this evolution of ceramics and the role they play in the elevation of craft in the fine arts world during the workshop for adults on February 7th, pointing to the artists that overlap with Greenwich House Pottery’s history and the Whitney’s collection like Ron Nagle, Tom Sachs, Ghada Amer, and Rirkrit Tiravanija. 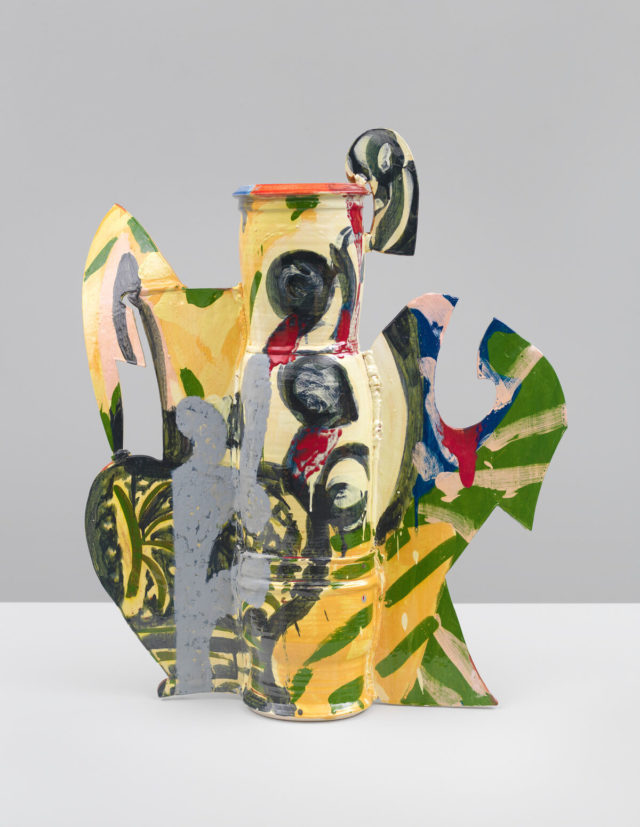 He will focus on Betty Woodman in particular, who has shown at the Jane Hartsook Gallery at the Pottery and has a few pieces on view in Making Knowing. “Betty Woodman is the artist you can point to who made the transition from craft to fine arts,” says Mr. Welch. “She represents how ceramics made that leap.” The hands-on portion of the event will focus on making a sculpture in the style of Woodman, beginning with Mr. Welch demonstrating how to throw a pot on the wheel and decorate it using similar methods to Woodman, and then providing a pot for workshop participants to customize themselves with additional slabs of clay.

Mr. Welch will also share the story of the Pottery’s relationship with the Whitney during the workshop, which began before the Whitney even existed. The Museum’s founder, Gertrude Vanderbilt Whitney, was one of the first supporters of Greenwich House and championed the early arts programs that included classes that would develop into the Pottery as it stands today. “A large part of her formative years as a figure in the art world was her early philanthropy in connection with the arts training at Greenwich House,” says Mr. Welch. Along with the pottery classes, Greenwich House offered stone-carving, woodworking and fabrication services, indicating that Ms. Whitney understood the important role craft media had in the arts a century before her future museum would host Making Knowing. This shared history makes the Pottery a natural fit as the Whitney’s community partner during the exhibition’s run. 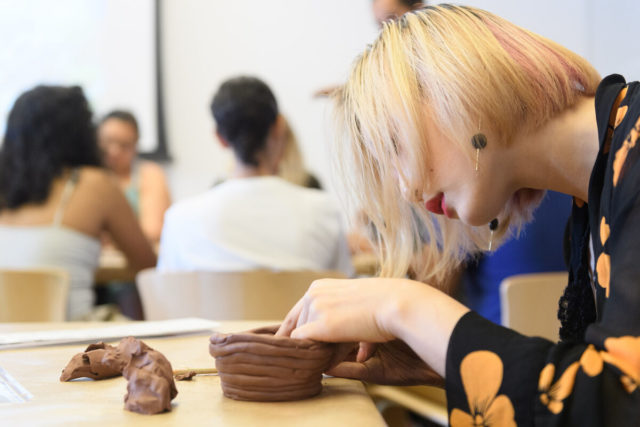 In connection with the current exhibit, Making Knowing: Craft in art, 1950-2019, Greenwich House Pottery is hosting workshops in a week-long residency at the Whitney Museum of American art. For this special Open Studio, teens are invited to learn new 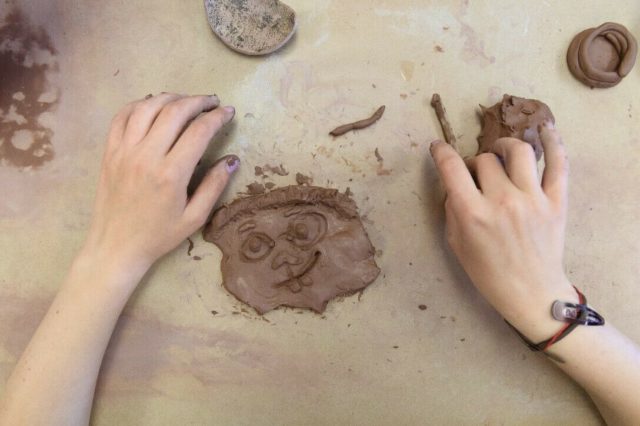 In connection with the current exhibit, Making Knowing: Craft in art, 1950-2019, Greenwich House Pottery is hosting workshops in a week-long residency at the Whitney Museum of American art. In this Open Studio, families are invited to add their own