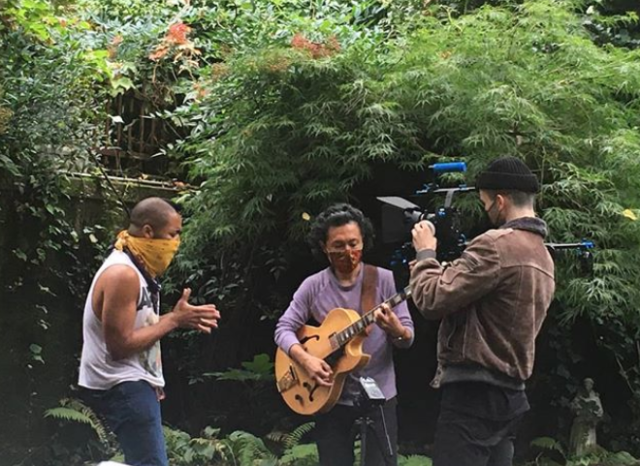 While 2020 was a year without Uncharted concerts, the annual showcase for emerging musicians at Greenwich House Music School ended up expanding into a more robust resource for artists. Thanks to the generous support of the Baisley Powell Elebash Fund, the year-old Uncharted residency program was now able to support twice the number of musicians with free rehearsal space, audiovisual recording opportunities, and marketing assistance. Zawadi Noël is one of four artists originally slated for Uncharted’s 2020 season that participated in the residency program and will be performing in this year’s live-streamed run.

Born in Washington D.C., Zawadi grew up travelling the world thanks to his mother’s job with the United Nations, and began touring internationally with youth choirs as a teenager. “I bring that global perspective to everything I do,” said Zawadi. “I grew up feeling like an outsider in many ways because of how often I’d be the only Black kid in the class, or the only American in the group. I still carry that sense of being a traveler with me today.” Even with those early years spent singing, it wasn’t until three years ago that Zawadi began shaping a music career for himself, setting out to write his own music and form a band. His soulful joyous EP, Waiting Room, caught the attention of Rolling Stone and enabled him to set off on an East Coast tour. Zawadi was on the road when Greenwich House offered him a slot in Uncharted’s 2020 season, which then became a residency slated for the fall. 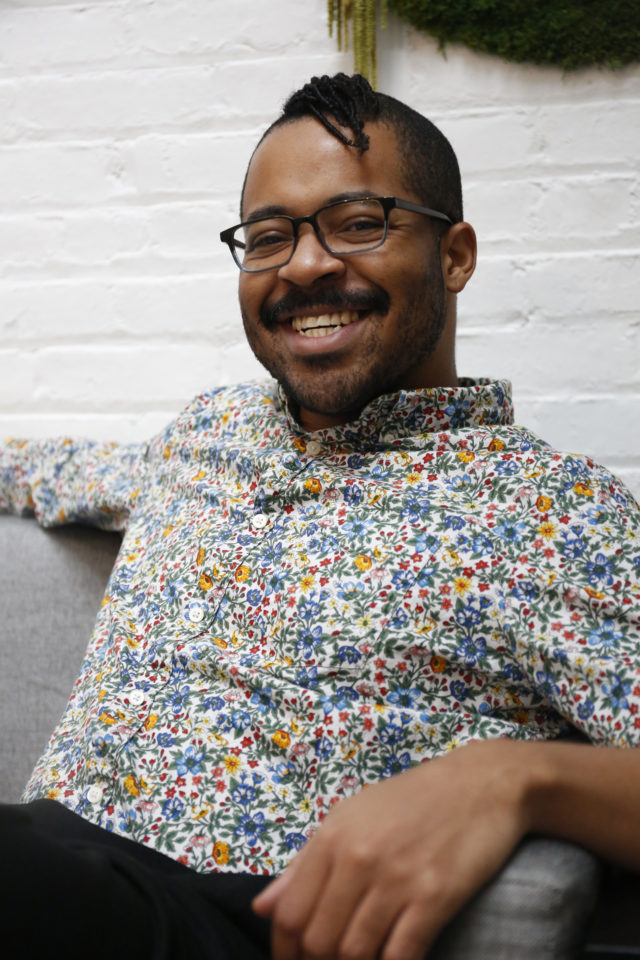 The period of time spent in quarantine between the shut down and the residency proved fruitful. “All of my songs, no matter what they sound like, have the same kinds of messages about endurance, perseverance, community, self-reflection, and growth,” said Zawadi. “And of course this time gives me an even deeper perspective on those themes and all of these emotions related to them.” Zawadi wrote six songs during those first few months, enough to use his residency to focus on creating a second EP. The project will include songs like “Walls” and “No Man” which extend concerns relating to the pandemic into timeless issues like grappling with vulnerability, longing for connection, and recognizing how our actions can both help and harm others.

Zawadi and his band composed and recorded each of their parts separately while quarantining in different states, so while Zawadi had a sense of what each song could sound like before he arrived at Greenwich House Music School, the residency was the first opportunity for everyone to play together and experiment with how to expand the music in real time. “The songs really came to life once we were at Greenwich House,” Zawadi said. “It’s so rare to have hours in a day where you can really dedicate yourself to working on the music with the group; to sit with it, improvise, and make magic together, for a tasty musical sandwich.”

A special element of Zawadi’s residency was having a videographer, Jacob Kessler, on hand to film behind-the-scenes footage of Zawadi’s process. Watching the raw recordings was valuable for Zawadi in seeing how he may be viewed as a performer. “Being so on display made me very conscious of how I need to present myself as a musician,” said Zawadi. “I’m a teacher, and I’m used to compartmentalizing and having this version of myself when I’m in teacher mode, and now I’m figuring out who I am when I’m in musician mode on stage in front of people. The residency gave me the opportunity to advance in how to step into and take ownership of that space.” 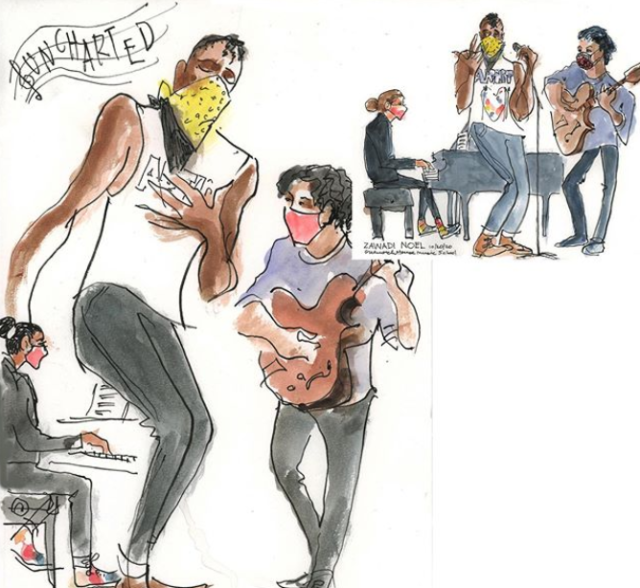 The presence of Joan Chiverton, who does live illustrations of Uncharted concerts and came in to draw rehearsal one day, signaled to Zawadi that the Music School was a safe space for figuring that out. A visual artist as well with a degree in Cartooning, it was a relief for Zawadi to know that the love of art would be centered in his experience at Greenwich House. He has regularly had experiences with the business side of the music industry that have left him feeling like nothing more than a commodity, but “seeing an artist in the space made it clear that we were all here because this is what we love to do. I felt so validated and valued as an artist, and the whole Uncharted team treated me with nothing but respect,” said Zawadi. “I’ll be raving and singing the praises of Uncharted for a good while, I can tell you that right now. After the second day of my residency I was telling people I don’t think playing in a stadium of a hundred thousand people can beat this feeling. If anything, a stadium of a hundred thousand people should strive to replicate the care, consideration, and respect I received at Greenwich House.”

Zawadi will be returning for a second residency before his rescheduled concert in the spring. “The first time was so focused on finalizing the EP and making this video, so this time I’m really looking forward to just playing around and seeing what happens,” he said. In a year with so few opportunities available to musicians, the Uncharted residency has played an important role in keeping up the momentum of what’s sure to be an exciting career. The work Zawadi created in residence and Uncharted’s 2021 schedule will be available soon.