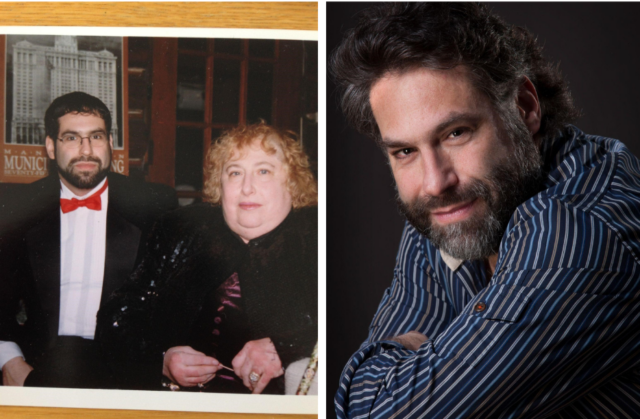 When Jonathan Arak was a child growing up on Manhattan’s Upper West Side, his mother would head down to the Village on Monday nights. “She’d bring home all kinds of things. I remember a fondue pot she brought home.” says Jonathan. Where was she going? The world-famous Greenwich House Pottery. “I still have a mirror she made hanging in my bedroom to this day!” Jonathan adds. His mother’s involvement with the Pottery planted a seed that would germinate into a lifelong relationship with Greenwich House for Jonathan. By fifth grade, Jonathan himself had joined the Greenwich House family by taking up the recorder, followed by the clarinet, at the Greenwich House Music School.

Jonathan, whose professional trade became theater, was also a subscriber to The Drama Department at Greenwich House Theater around the turn of the 21st century. His career has put him in touch with such luminaries as Hal Prince, and he stage managed Kiss of the Spider-Woman on Broadway and directed the European premiere of Neil Simon’s Biloxi Blues. Since 2011, Jonathan has also been engaged with services at The Center for Resiliency and Wellness at Greenwich House. “I think Greenwich House is great,” says Jonathan. “The Village has changed so much, there’s less grit and earthiness. But Greenwich House is still there.”