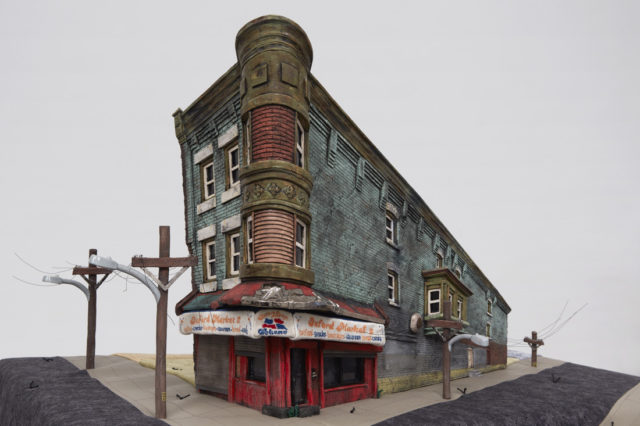 The Jane Hartsook Gallery is pleased to present Carly Slade’s first solo exhibition in New York City. Slade constructs buildings skewed by two-point perspective to tell universal stories about the way architecture communicates our hopes and lived experiences. In this exhibition, Slade has created three buildings from her former neighborhood in Philadelphia. Driving by these buildings on her way to and from her studio, she observed not only the buildings’ day-to-day changes, but also the residue of their deeper history: new signs, new paint jobs, a once-beautiful lintel in disrepair. Each of these buildings embodies what Slade grew to love and admire about Philadelphia—a sense of hope, dedication, and a “make it work” mentality.

Slade uses trade and craft skills to construct miniaturized buildings whose smaller scale invites us to think critically about how we communicate our identities through architecture and who we envision in certain spaces. Having worked in construction for ten years, Slade is highly attuned to the craftsmanship of a building’s construction and is accustomed to the way many men in that field made clear that they didn’t think she belonged there. She is skeptical of the divide between craft skills and trade skills; she sees as much knowledge and skill in a well-positioned pipe as in any craftwork. Just as Slade questions the distinction between trade and craft skills, she also questions the way spaces and skills are gendered. By combining skills that have been identified in the past as being exclusively “women’s” or “men’s” work, like cross-stitch or electrical wiring, to create her finished buildings, Slade calls out a host of false dichotomies.

Carly Slade is an artist based in Tempe, AZ. She earned her MFA from San Jose State University and her BFA from Alberta College of Art and Design. Slade has been a resident artist at the Tyler School of Art (Philadelphia, PA; 2017–2019), Lawrence Arts Center (Lawrence, KS; 2016–2017), Archie Bray Foundation (Helena, MT; 2016), Medalta (Medicine Hat, Alberta, Canada; 2012), and Watershed Center for the Arts (Newcastle, ME; 2011). Slade has shown her work throughout the United States, including at: Johnathan LeVine Projects (Jersey City, NJ; 2018), The Clay Studio; (Philadelphia, PA; 2018), Arch Enemy Gallery (Philadelphia, PA; 2017), and the American Museum of Ceramic Art (Pomona, CA; 2016). This will be her first exhibition in New York City. Slade is from Alberta, Canada and is currently an instructor at Arizona State University in Tempe, AZ. 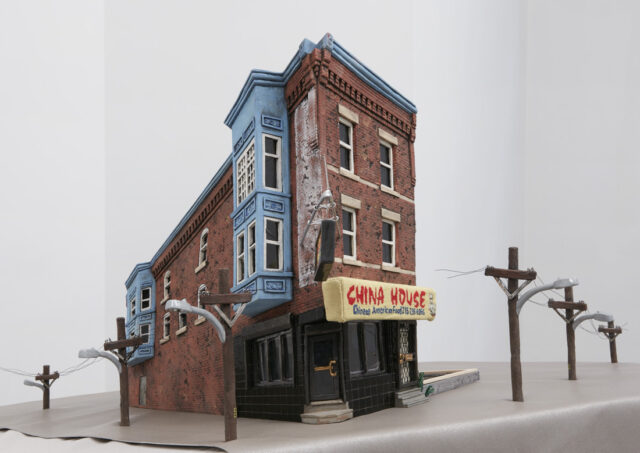 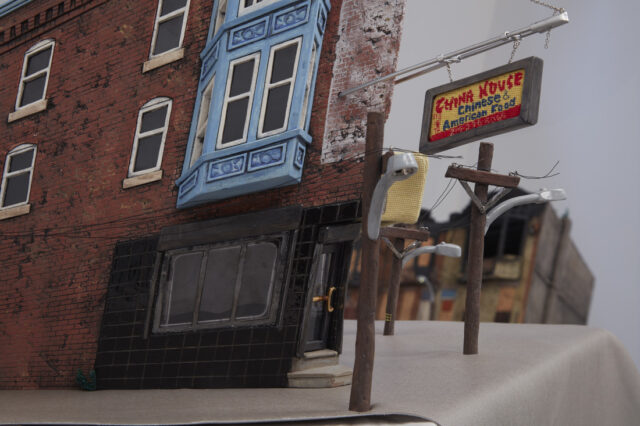 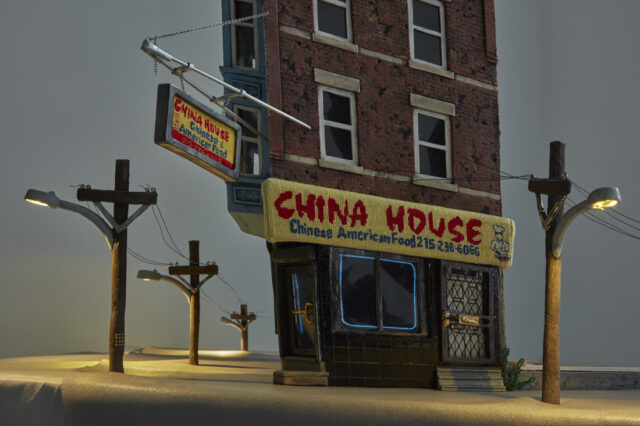 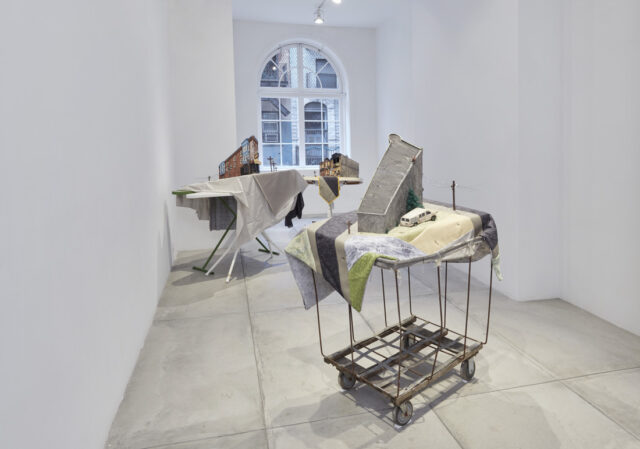 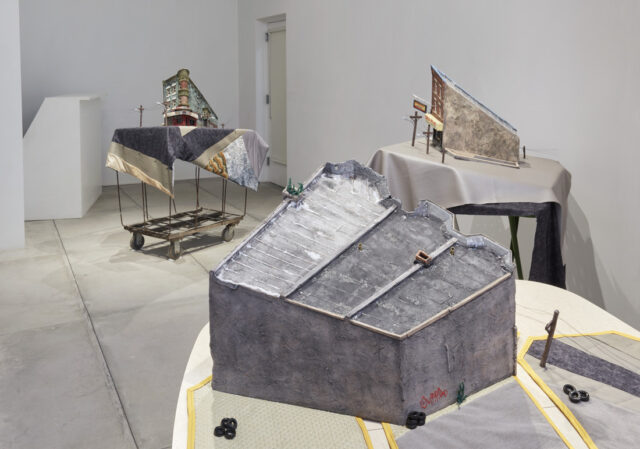 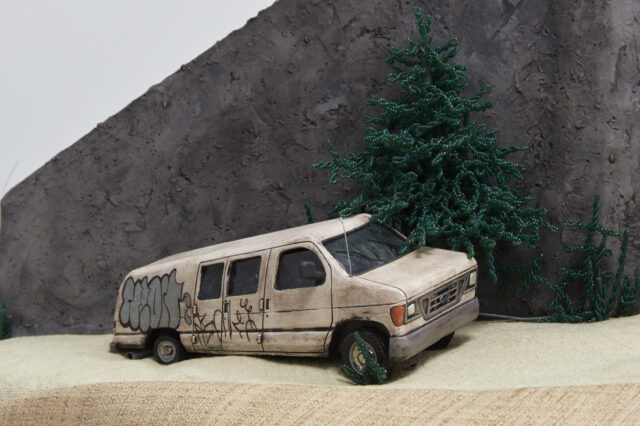 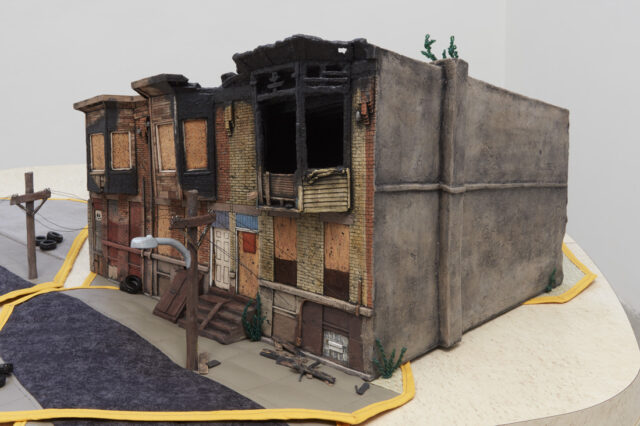 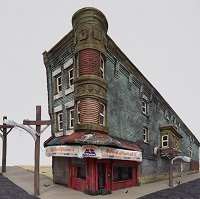 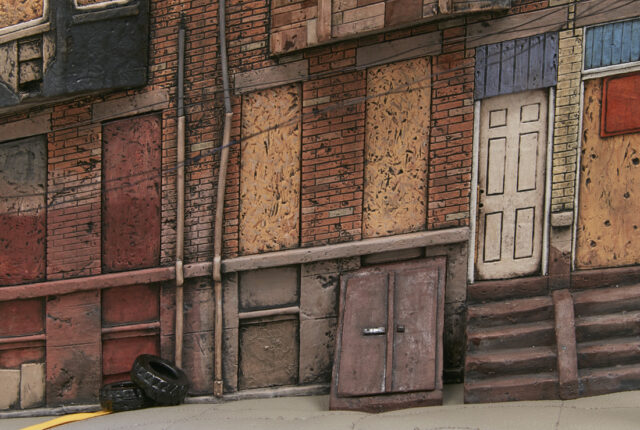 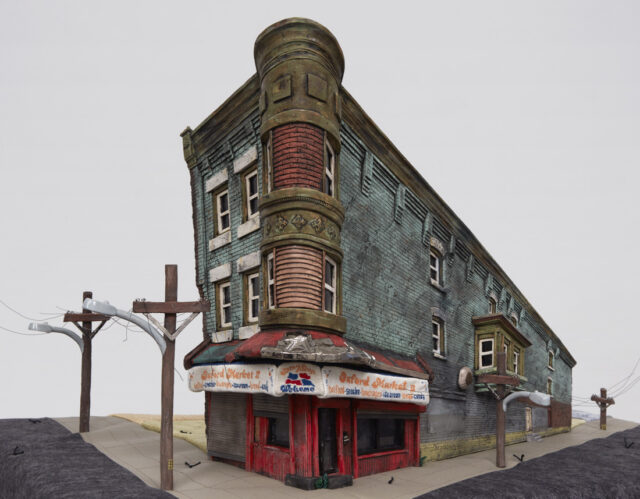 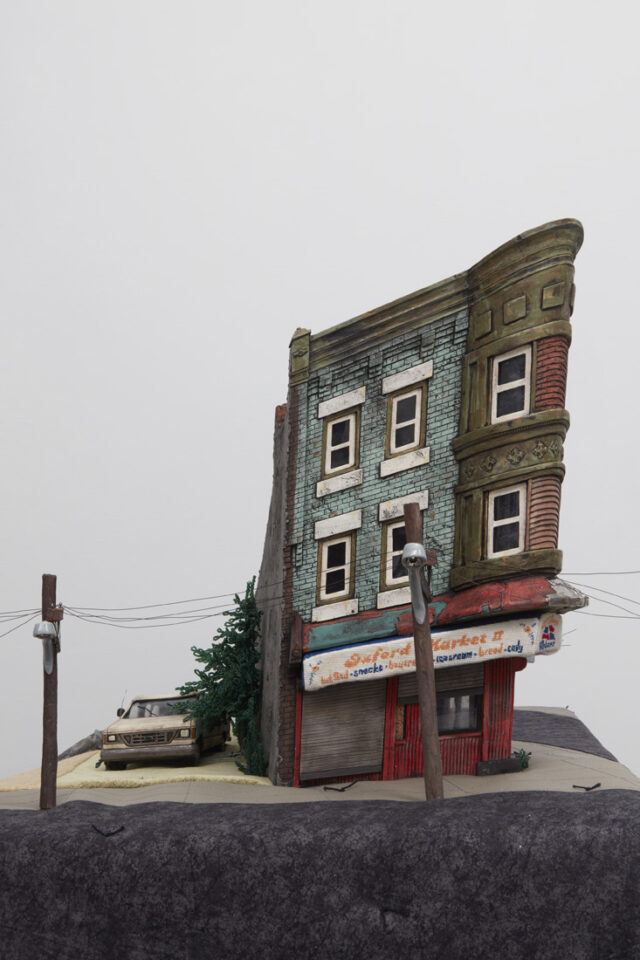 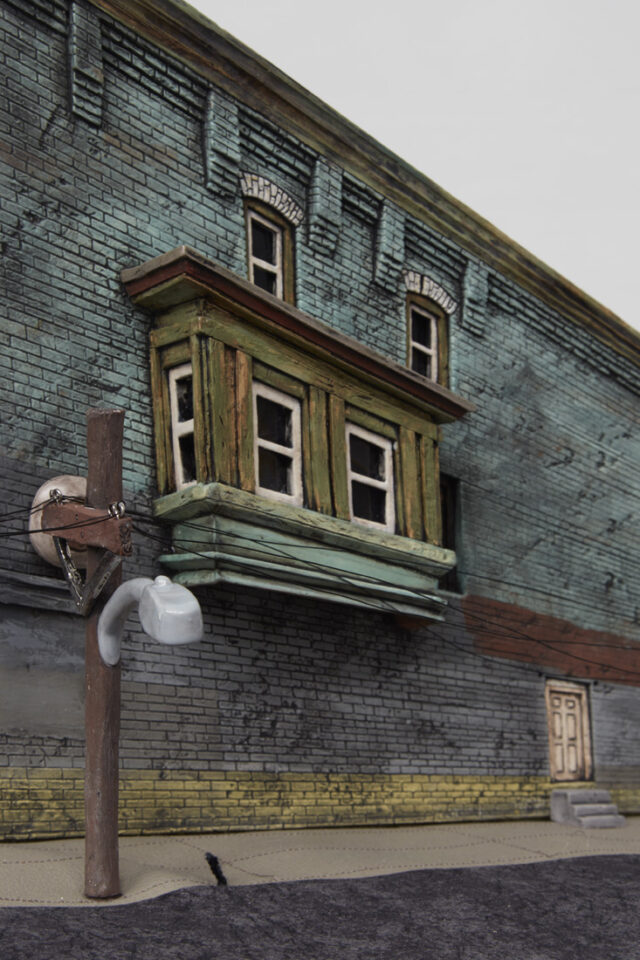 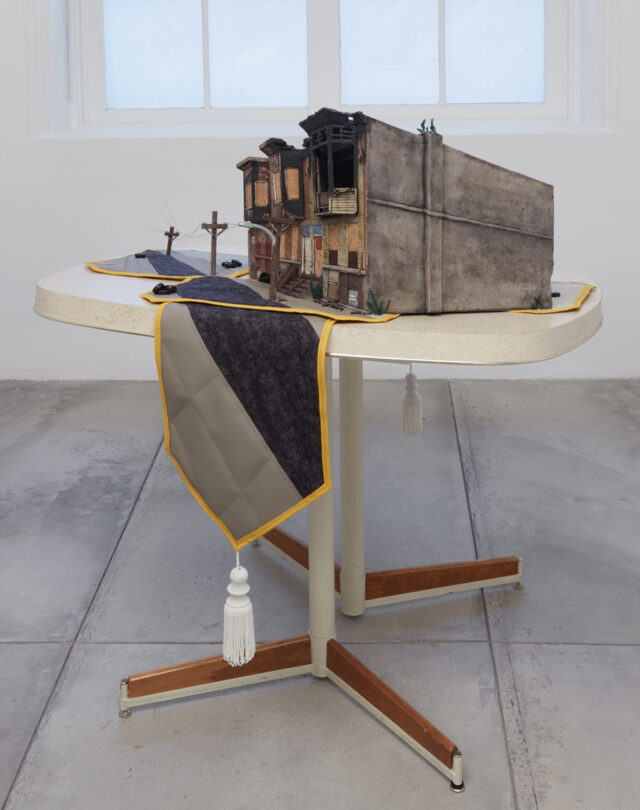