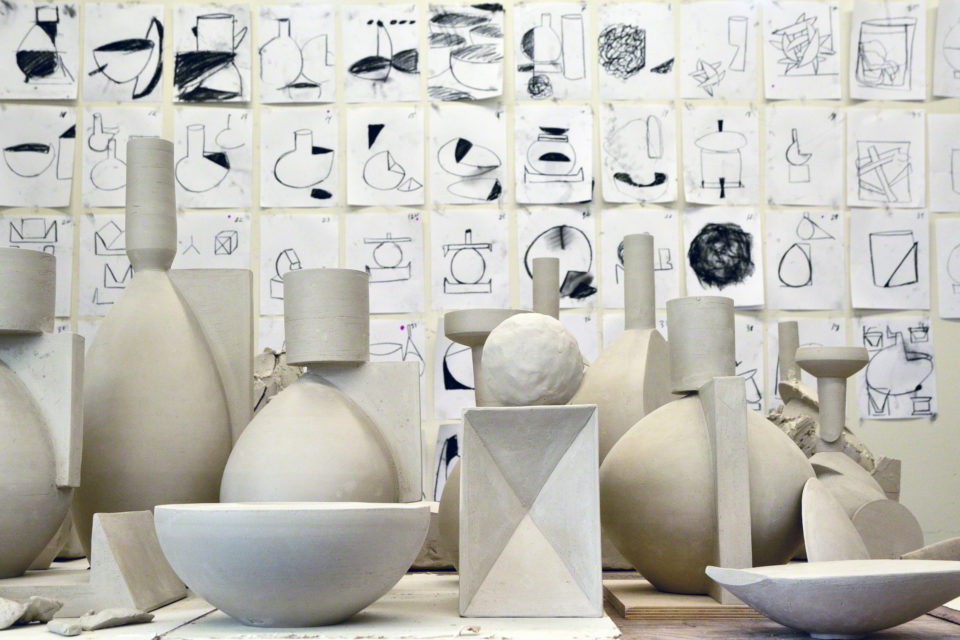 Works in progress, 2019. Photo: courtesy of the artist.

The Jane Hartsook Gallery is pleased to present new work by Christopher Staley. In the artist’s first solo exhibition in 10 years, Staley uses introspection to locate creativity and selfhood within his artistic process. The work in this exhibition was inspired by Staley’s 2019 return to the Archie Bray Foundation and Greenwich House Pottery—two ceramics centers that had a significant impact on his career—30 years after he first encountered them. Re-encountering these spaces made Staley reconsider how his life experience has affected his work. Like the Process Artists of the ‘60s and ‘70s, he began to reevaluate where “art” occurred in his making process. Was it the finished object or the steps along the way? By analyzing his work as metaphor and interrogating his creative process, Staley leads by example and encourages other artists to do the same, raising the question: Are the objects in this exhibition the art, or is the introspection Staley sparks in others his true art?

Christopher Staley is an artist based out of Pennsylvania. He has been a Professor of Ceramic Art at Penn State University since 1990. He received his MFA from Alfred University and his BFA from Wittenberg University. Staley has shown his work across the United States, including at Museum of Contemporary Crafts (Portland, OR; 2013) Santa Fe Clay Gallery (Santa Fe, NM; 2009), and Garth Clark Gallery (New York, NY; 2000). He has been artist in residence at Ceramic Art Museum (Fuping, China; 2007), EKWC (The Netherlands, 2005), and the Archie Bray Foundation (Helena, MT; 2019, 2004, 1998-99). Staley has previously served as President of the National Council on Education of the Ceramic Arts (2016), on the Board of Directors for Haystack School of Crafts (Deer Isle, ME; 2005-14), and on the Advisory Board for Watershed Center for the Ceramic Arts (Edgecomb, ME; 1991-94). 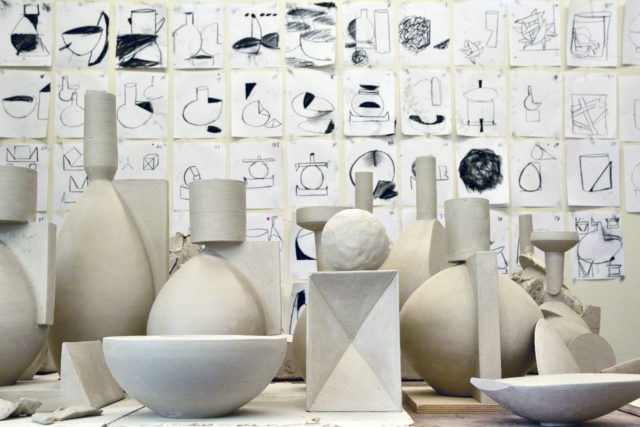 In the artist’s first solo exhibition in 10 years, Staley uses introspection to locate creativity and selfhood within his artistic process. The work in this exhibition was inspired by Staley’s 2019 return to the Archie Bray Foundation and Greenwich House