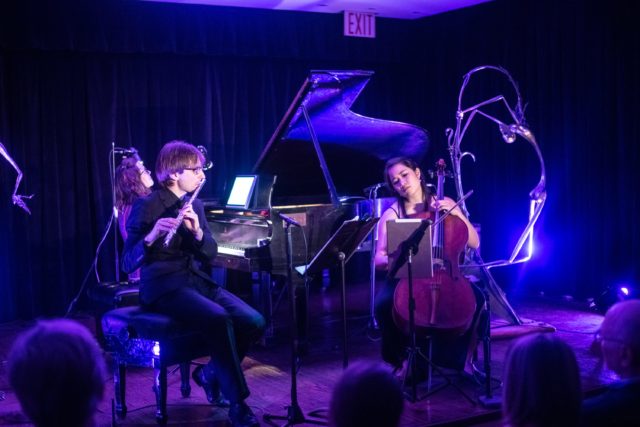 For the second installment of the 2019 CreArt Music Series, CreArtBox collaborates with the Arte String Quartet to present a program based around Bach’s Brandenburg Concerto No. 5.

In 1721 Bach presented a total of 6 concertos to Christian Ludwig, the Margrave of Brandenburg-Schwedt. In 2019, CreArtBox will present the 5th in this series of works at the Renee Weiler Concert Hall at the Greenwich House School of Music, with the musicianship of each artist on full display.

Alongside the concerto, CreArtBox will present works by Benjamin Britten, Philip Lasser, and Evan O. Adams. The evening will open with Britten’s String Quartet No. 2, a mid-twentieth century piece that harkens to traditional forms while still exploring new territory typical of the period. The evening continues with an exploration of the twenty-first century through Lasser’s Ballade for flute & string quartet. Lasser elects to create and evolve an emotional landscape rather than focus on abstract compositional aspects of form; the piece is still presented in a quasi-concerto style, relating it back to the tradition explored by Bach hundreds of years earlier.

The evening also will feature the premiere of a new commission by composer Evan O. Adams. His work Branden Bird Can Share Too exists as a companion piece to Bach’s 5th concerto, deconstructing and reconstructing various aspects of the original work. In addition to CreArtBox, O. Adams has also written works premiered by the JACK Quartet and Quince Ensemble.