No Truth, No Lies, Andrea Clark 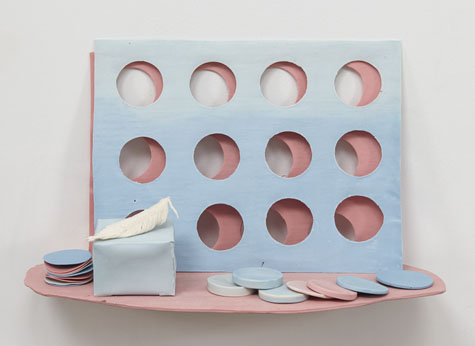 The Jane Hartsook Gallery is pleased to present the recent works of Andrea Clark in her New York City solo exhibition debut. An artist originally from Kentucky, Andrea was selected by a three person panel to participate in Greenwich House Pottery’s ten month resident artist program. This exhibition showcases the work that she has produced during her time here. It highlights her delicate, varied ceramic experimentations in form, color, texture, and light. Over her tenure at GHP Andrea sourced materials and experimented with scale, surface, and technique to create some truly unexpected pieces.

“My current work concentrates on constructing objects out of folded paper painted with porcelain. Through this intricate process of making, I re-familiarize myself with the object. By reducing it to a permanent, solid, material form I seek to release the object’s immaterial essence. I perceive the end of my time at Greenwich House Pottery as the beginning of my experimentation with the essence of objects.” –Andrea Clark

Andrea Clark (b. 1990) received her BFA from the University of Kentucky in 2013. Clark has exhibited in Seattle, Cincinnati, Michigan, Kentucky, and the Netherlands.