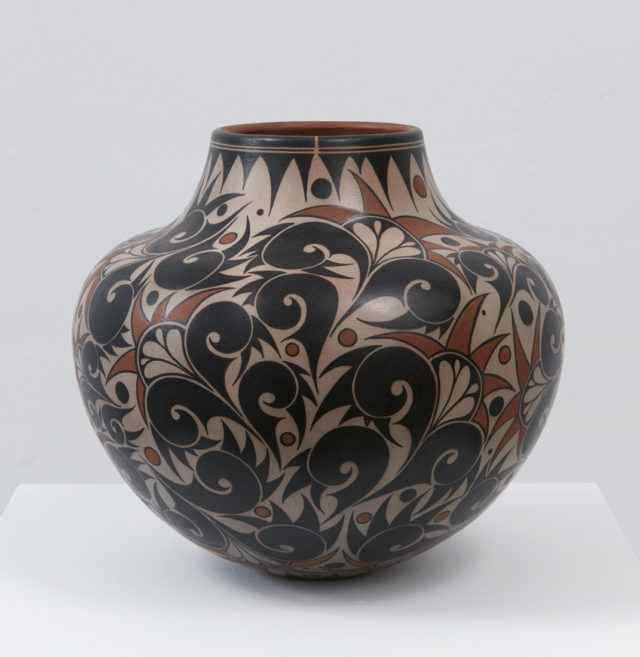 The Jane Hartsook Gallery is pleased to present new work by Lisa Holt and Harlan Reano. Holt and Reano are a creative couple, working together similar to pottery greats like Edwin and Mary Scheier or Maria and Julian Martinez. Holt and Reano use traditional Cochiti ceramic techniques to create forms and surface designs inspired by their own imaginations, historical Pueblo pottery, and artistic styles from across the globe. Their approach is an interesting reversal of the way many Modernist artists created artwork using their traditional European techniques paired with inspiration from the artwork of indigenous Americans. It is important to Holt and Reano that they add their own twist to Pueblo pottery to ensure the tradition keeps moving forward and to encourage younger generations to do the same, and this personal expression is clear in all of their work.

Lisa Holt and Harlan Reano are artists based out of Albuquerque, New Mexico. Holt comes from an illustrious potting family. Her grandmother is the well-known Cochiti potter Seferina Ortiz, her mother is Inez Ortiz, and she is the niece of Virgil Ortiz. Holt grew up watching her grandmother and mother making their ceramics, eventually moving on from playing around with clay to learning their detailed technical process. Reano also learned from Holt’s mother. When Holt and Reano began collaborating in 1999, Holt made the forms and Reano painted the surfaces, but in the past several years, Reano has begun crafting the forms as well. The artists have won many awards together, including Best of Pottery at the Swaia Santa Fe Indian Market (2012) and Best of Pottery at the Heard Museum Guild Indian Fair & Market (2011, 2010). They have participated in the Smithsonian Craft + Design Show, Autry Museum Market, and Smithsonian NMAI Winter Native Art Market. 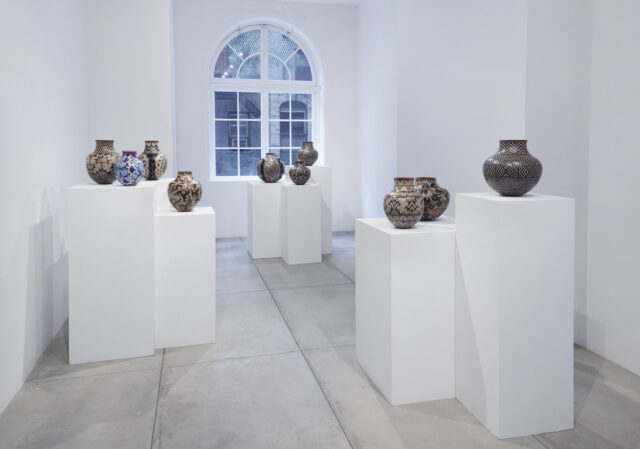 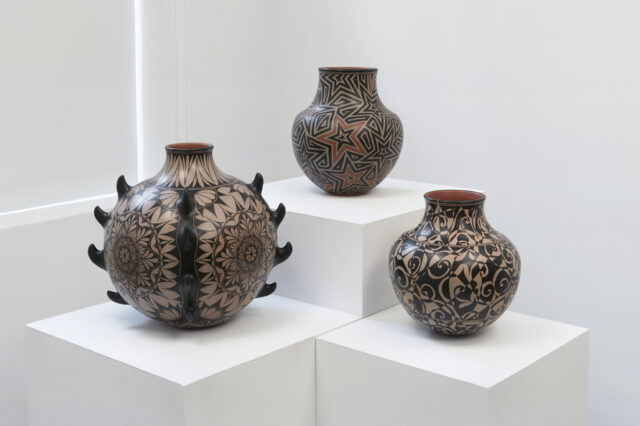 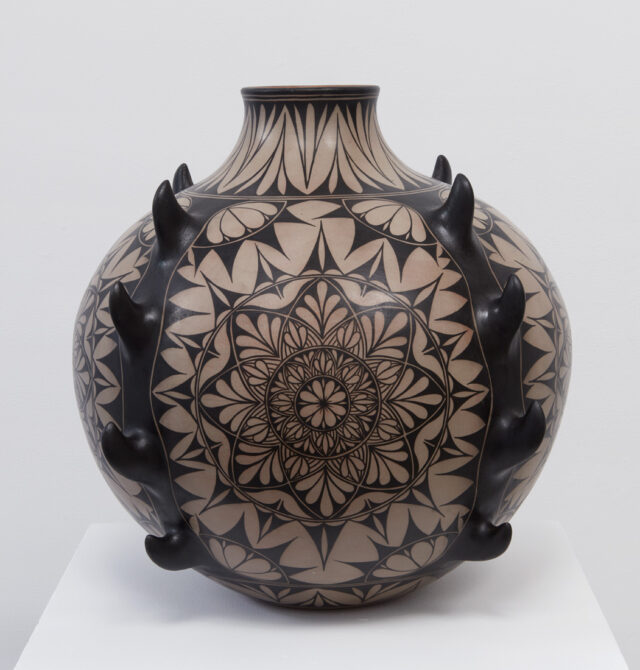 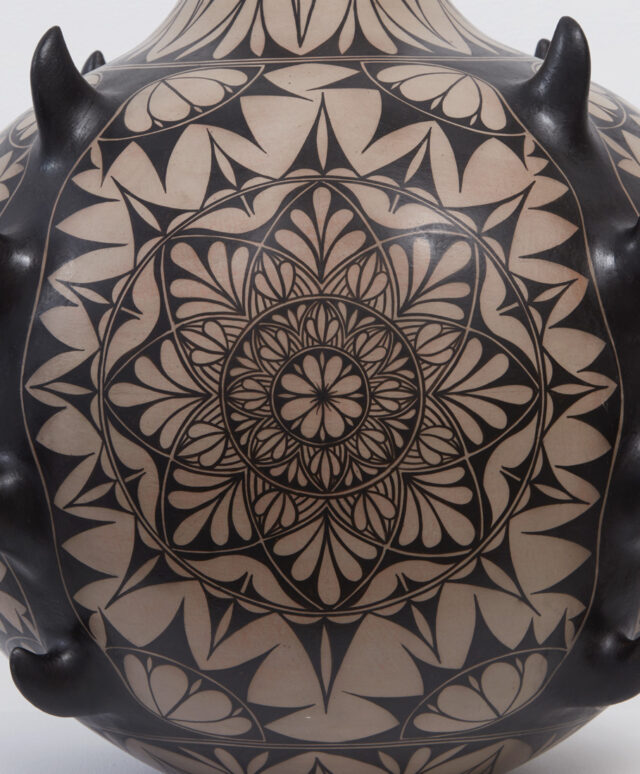 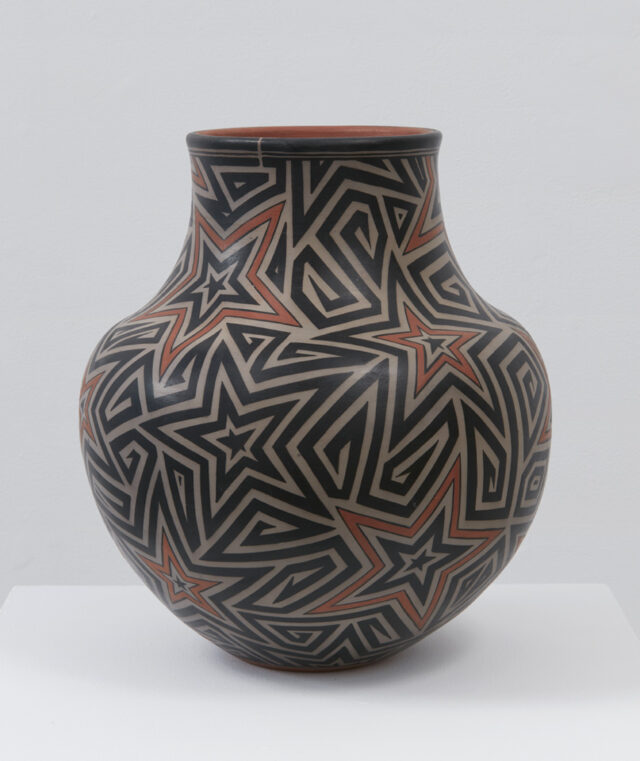 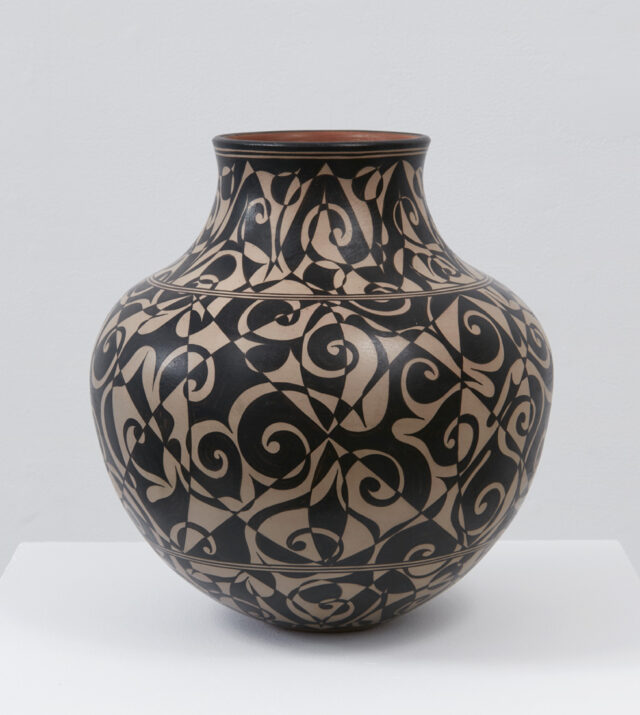 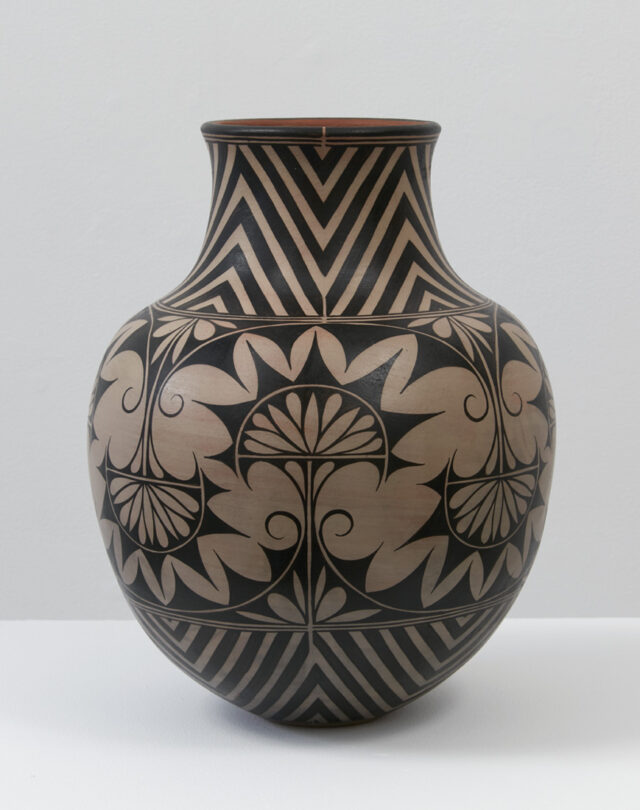 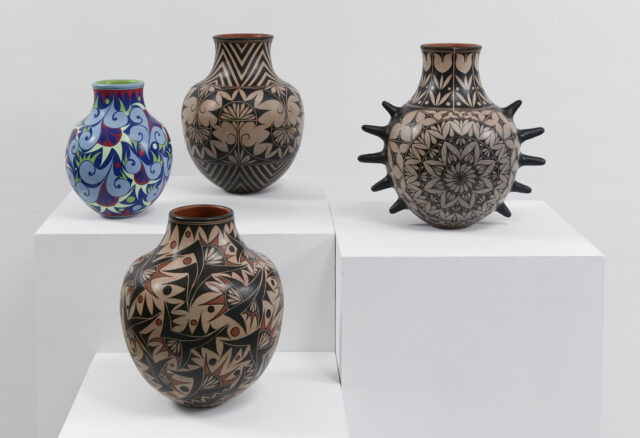 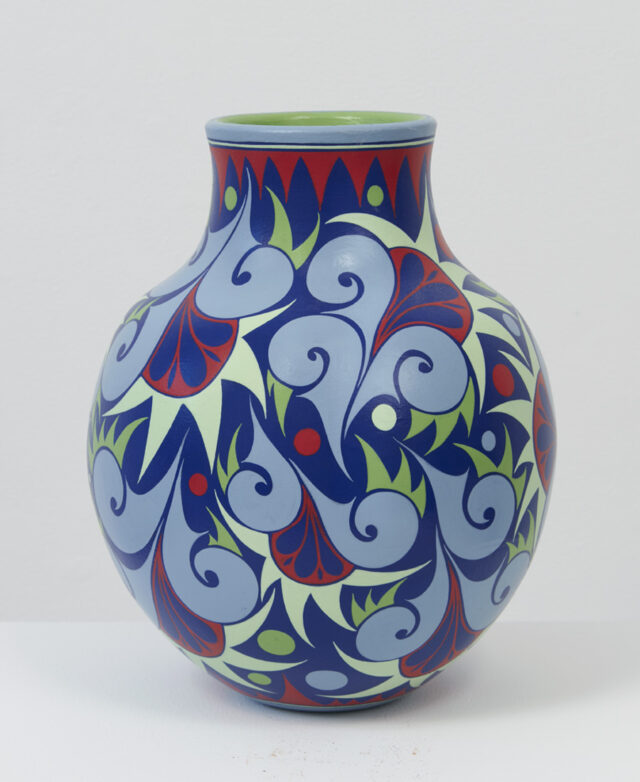 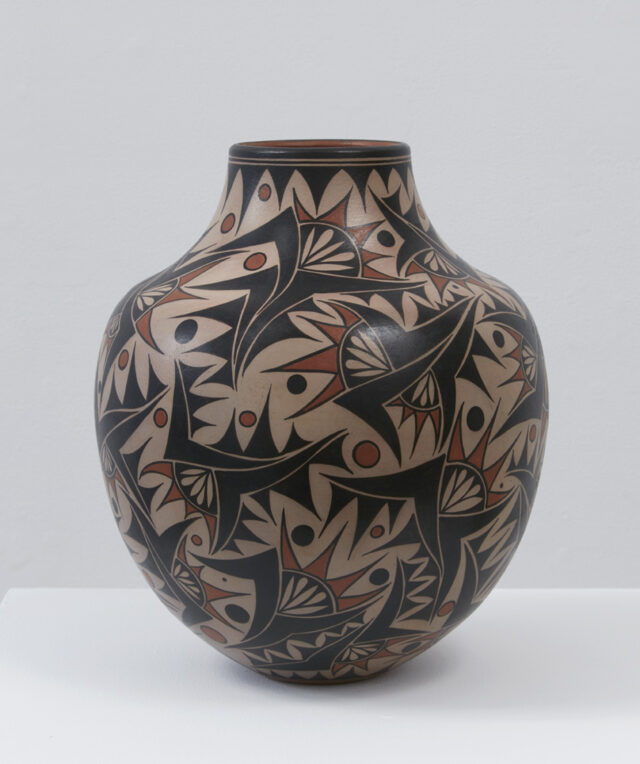 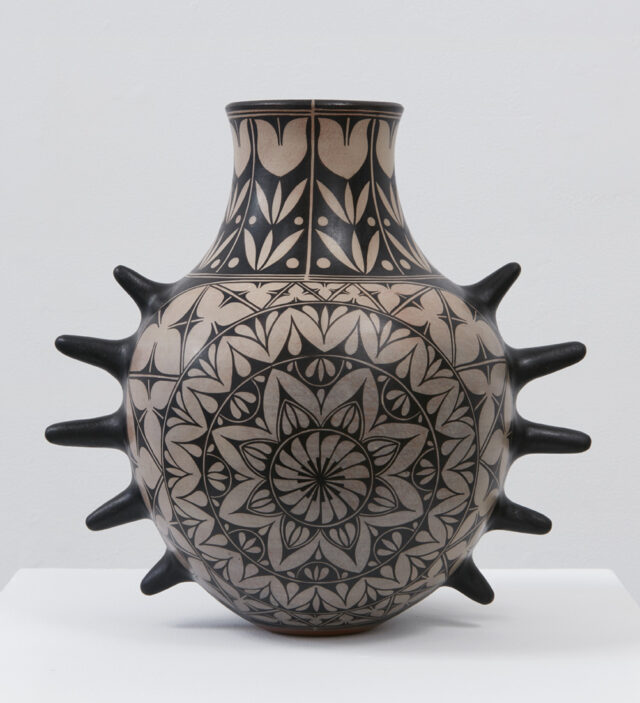 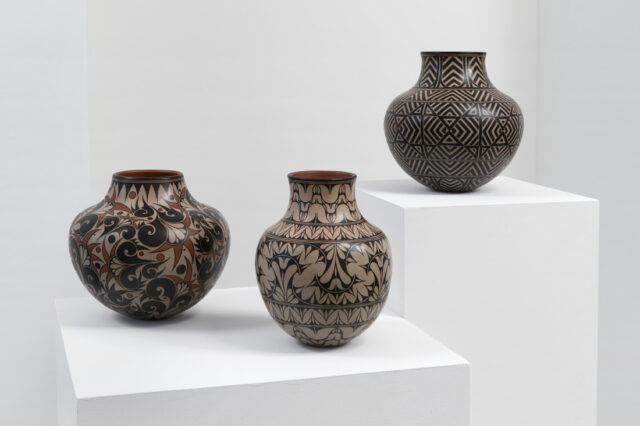 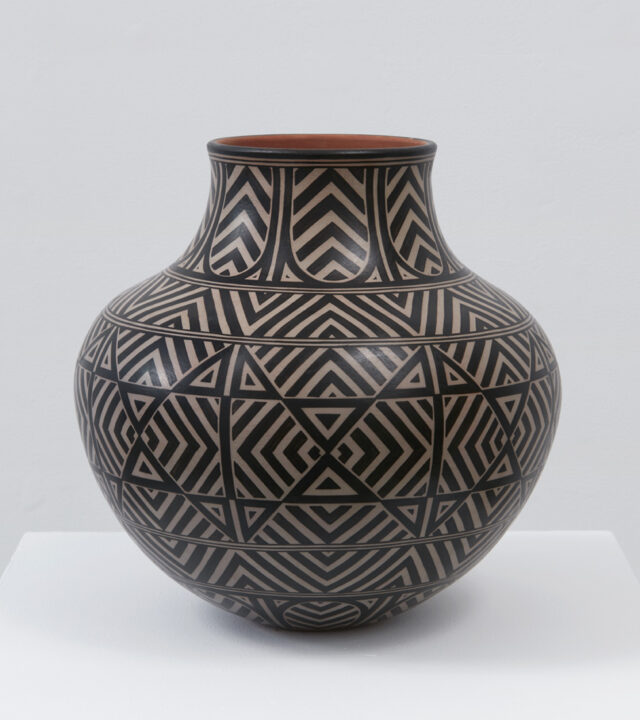 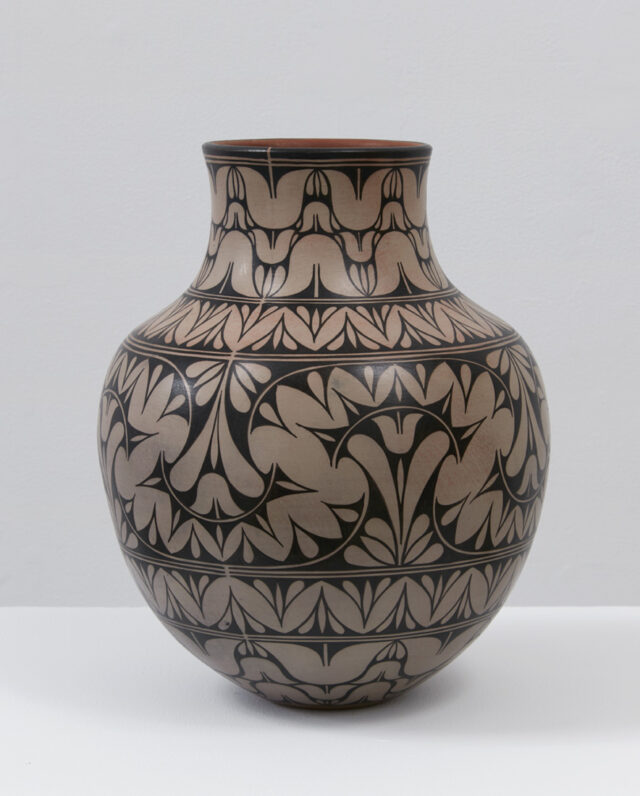 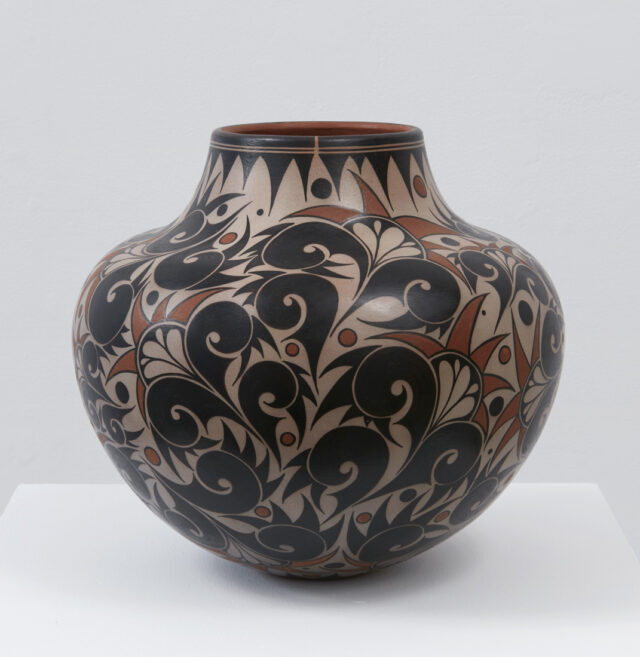 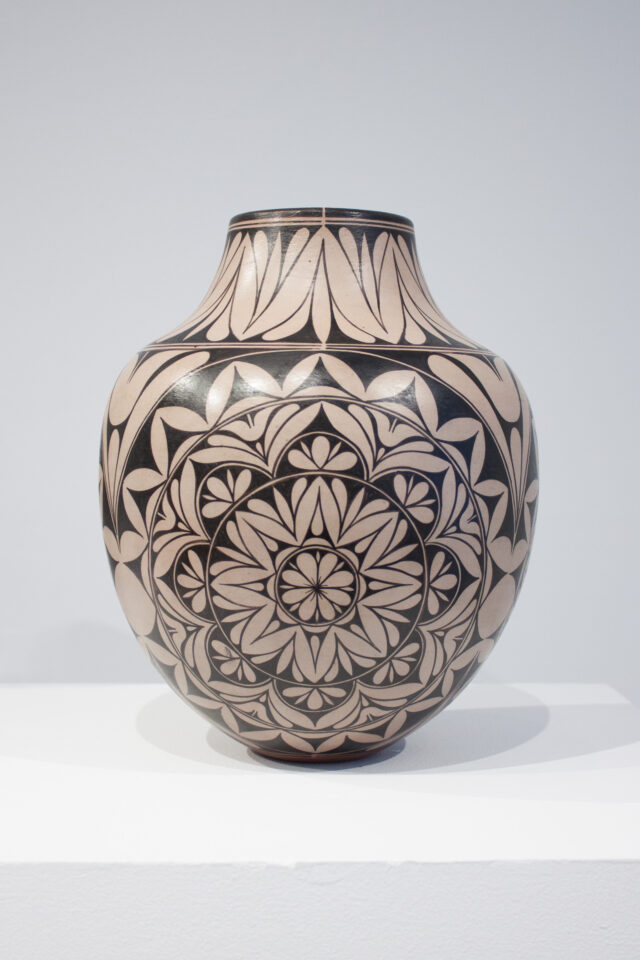