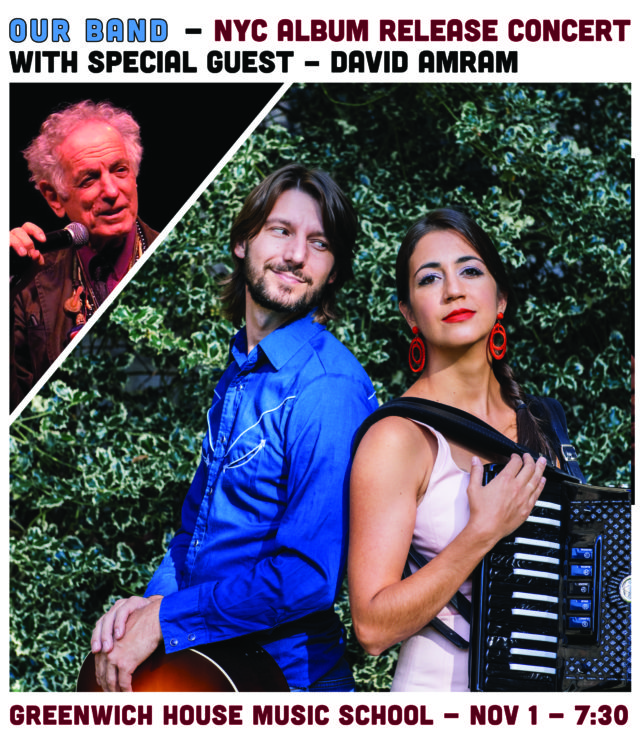 Our Band will win your heart. Steeped in the tradition of great male and female duets such as Johnny Cash and June Carter, Sasha Papernik and Justin Poindexter bring their award-winning songwriting, intimate harmonies, and Eastern-European flair to a rich Americana soundscape. Together, they have performed for audiences in some of the world’s greatest venues, from Carnegie Hall to Lincoln Center to the Smithsonian Museum of American Art. In 2018-19 they toured Poland, Germany and Estonia as ambassadors of American music for the U.S. State Department.

This concert will celebrate the release of Our Band’s debut album, Bright as You. Showcasing the pair’s soulful, intelligent songcraft and lush analog harmonies, Bright as You is produced by Brookyln Indie dynamo Sam Owens (aka Sam Evian) and features instrumental contributions from American music legend David Amram. Containing twelve original compositions and a tour de force reworking of the traditional “Wildwood Flower” and Tom Petty’s iconic “Wildflowers,” Bright as You alternately caresses and bounces along a whirring road trip of mystic Americana.