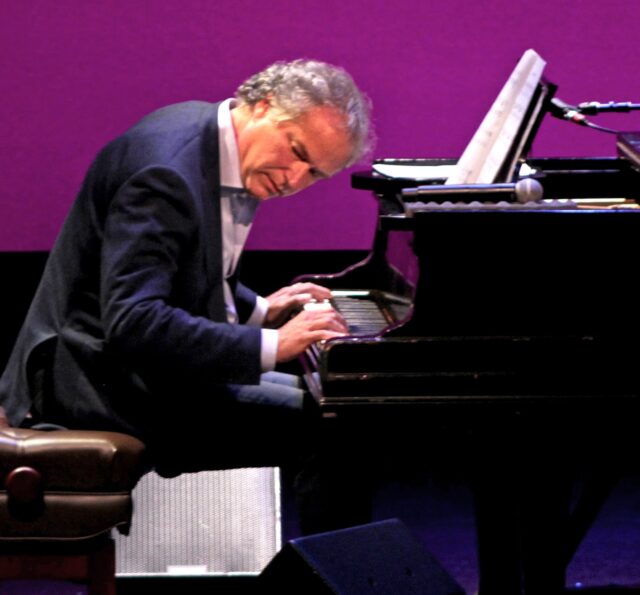 Reflections in Music, a non-profit concert series that launched online during the pandemic lockdown and found a home for live performances at The Church (an arts and performance center in Sag Harbor), has now found a New York City home at Greenwich House Music School on Barrow Street.

“This concert is particularly meaningful to me,” said composer Bruce Wolosoff, the Artistic Director of Reflections, “as Greenwich House Music School has been a vital force in the community for musical education and performance for many, many years. It’s a neighborhood institution that has had a powerful impact on the lives of many students and families, and New Yorkers who enjoy music and the arts.”

In fact, Mr. Wolosoff himself had lessons there with his beloved teacher, Cuban pianist German Diez, a protege of Claudio Arrau, who was Chairman of the Music School’s piano department for over 50 years.

That impact is something Wolosoff has experienced firsthand when he was enrolled at Greenwich House Music School (GHMS) studying under his beloved teacher, Cuban pianist German Diez, a protégé of Claudio Arrau and chairman of Greenwich House’s piano department for over 50 years. Wolosoff will fittingly begin his concert with a piece composed in memory of Diez, “I called the piece Siempre because he is always with me,” said the composer.

Bringing the traditions of the past into the present is central to Wolosoff’s musical language, with a wide range of influences and inspirations on the new album, from Purcell to Piazzolla, Chopin to Ligeti to Otis Spann. “We’re so excited to welcome Bruce back to GHMS!” says Rachel Black, Director of the Music School. “It’s always a privilege to reconnect with our former students and in Bruce’s case, we’re thrilled not only to recognize the meaningful work he’s created with Reflections, but grateful for the opportunity to help sustain his mission of empowering young musicians and introducing classical music to more audiences through this new partnership.”

You can hear him at Greenwich House Music School— located at 46 Barrow Street— on Thursday March 16th at 7:30 p.m.

and discusses the inspirations behind the music

BRUCE WOLOSOFF is a pianist and internationally performed composer of solo, chamber, and orchestral music. Lauded as “an authentic American voice” by critic Thomas Bohlert for his integration of classical, jazz, blues, and contemporary influences, Wolosoff often composes in response to visual art and through collaborations with leading artists across a variety of disciplines.

Recent recordings include Paradise Found with cellist Sara Sant’Ambrogio of the Eroica Trio, on Avie Records; Lacrymae for cellist Inbal Segev’s “20 for 2020” project, also on Avie Records. The 2019 release of Wolosoff’s Concerto for Cello and Orchestra, performed by Sant’Ambrogio and Grzegorz Nowak with the Royal Philharmonic Orchestra, was a Billboard Top 10 classical best seller. Additional commissioners have included ETHEL, the Eroica Trio, the Montage Music Society, the Roswell Artists-in-Residence Program, and more. Additionally, Wolosoff collaborated with choreographer Ann Reinking on two ballets: The White City and A Light in the Dark.