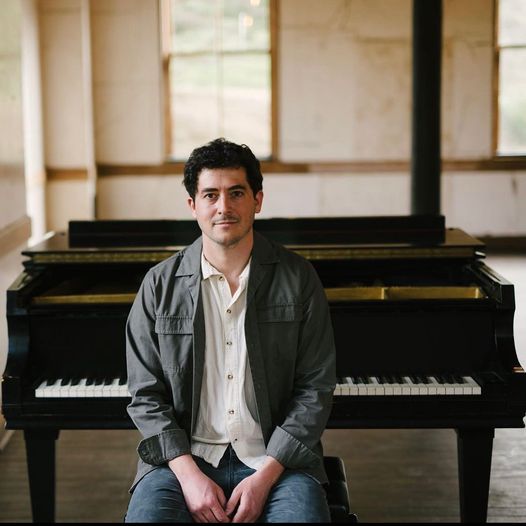 Join pianist, accordionist, and composer Sam Reider for an intimate solo performance and the NYC release celebration for his new record Petrichor on Friday, July 22.

Slow & Steady Records announces the release of pianist-composer Sam Reider’s first solo piano recording Petrichor. The eight original compositions form a musical reflection on Reider’s recent homecoming to San Francisco after ten years in New York. “Hiking the foggy coastline, climbing through redwood forests up to alpine lakes, I felt rejuvenated to be back home, in touch with a part of myself that had laid dormant,” says Reider. “ I sought to capture the grandeur, intimacy and nostalgia of the landscape I grew up with.”

Petrichor was recorded in August, 2021 at SandBox, a brand new performing arts venue in Sand City, CA that’s run by cellist Michelle Djokic. In fact, Reider first discovered the space (and its 1917 Steinway) while quarantining in the Monterey area during the pandemic, and was immediately enamored with its sound. Two months later, Reider was back at the SandBox, having written and workshopped his new music. This time, he was accompanied by engineers and co-producers Jacob Blumberg (who grew up with Reider in the Bay Area) and Jon Seale (of Mason Jar Music) with the intention of “capturing the vibe of Michelle’s space,” as Reider puts it.

The word “petrichor” means the fresh smell of the earth after a first rain. “It felt like a potent metaphor for me in many ways,” says Reider. “My homecoming to San Francisco after many years living on the East Coast, the ongoing drought in California, which is punctuated by occasional rains, and the first glimmers of hope in the midst of the pandemic.” Driven by Reider’s gifted sense of melodicism, playful song forms, odd (and standard) time meters, and a reverence of the solo piano tradition, Petrichor embodies the many paths and paces of life, which often lead us home again.