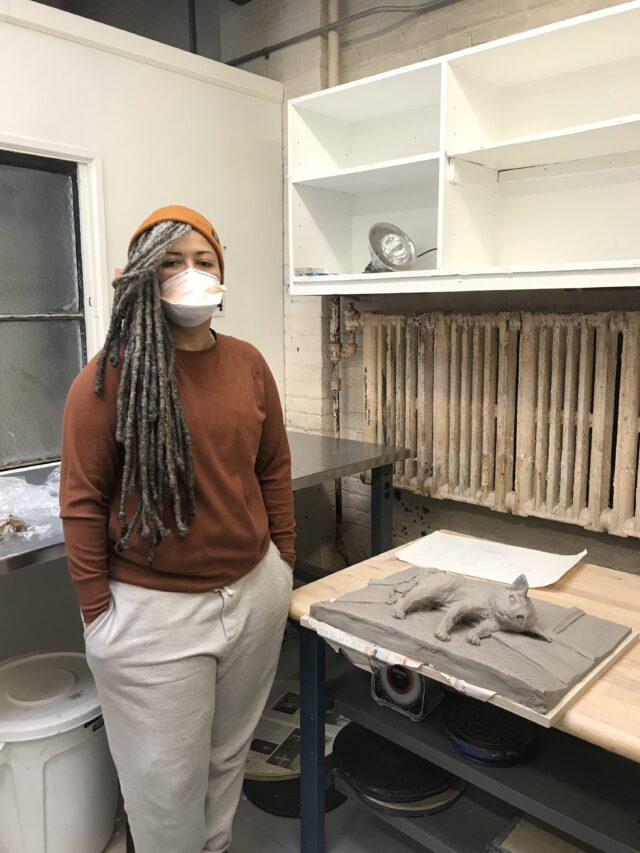 Shellyne Rodriguez will give a talk about the project she worked on during her winter residency at Greenwich House Pottery.

Shellyne Rodriguez is a Bronx-based artist, educator, writer, and community organizer who works in a variety of media, including drawing, painting, collage, and sculpture. Rodriguez pairs the aesthetics of the Baroque and of hip-hop culture to depict the contemporary conditions of alienation and perseverance, especially as it relates to her community in the South Bronx.

During her residency, Rodriguez created a series of ceramic reliefs that will focus on the disappearing and increasingly dispossessed people and places of her community in the South Bronx.