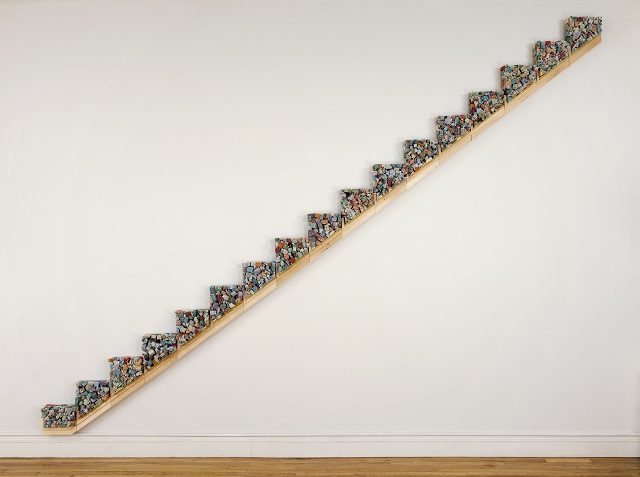 Greenwich House Pottery is pleased to present Michael Fujita’s New York City debut exhibition, Sightlines.This exhibition features sculptures with architectural components placed within/alongside juxtaposed the architecture of the gallery. It is influenced by the observations of the commonplace as seen in his daily life, the embodied experience, the space between himself and his horizon.

“Inspired by observations and materials found in the urban landscape, Sightlines is and offering of objects that are reinterpretations of the landscape.” – Fujita

Michael Fujita is currently on the faculty of Greenwich House Pottery and The Clay Studio in Philadelphia where he is serving his fifth year as resident artist. Before completing his MFA from Alfred University in 2008, he received his BFA from Kansas City Art Institute.