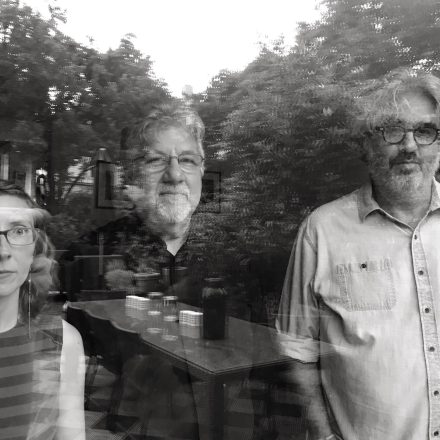 Bassist-composer Michael Formanek’s Very Practical Trio – featuring saxophonist Tim Berne and guitarist Mary Halvorson – returns to the Sound It Out series, celebrating the Intakt release of Even Better, the trio’s first album together. Mike, a longtime Sound It Out favorite, scored three consecutive five-star reviews in DownBeat for his previous albums on ECM, and The New York Times has described his music as “graceful in its subversions, even sumptuous.”

Jazzwise has praised Tim’s art as being “suffused with genuine humanity and more than a little wisdom,” while the Wall Street Journal called Mary “one of the most exciting and original guitarists in jazz – or otherwise.”

The music of Even Better conveys Mike’s special sense of instrumental song. “It may not be what comes to mind for some people when you say the word ‘song,’ but it’s a personal idea of song for me,” he explains. “I conceived the compositions as cohesive, song-like structures, with a lyrical quality – not just head/solo/head in the usual jazz way. The pieces aren’t overly arranged, but the improvisations do spin out of the material of the songs and then go back into it. I think this record really brings out the tuneful nature in everyone’s playing.”

Tickets are available at the door.