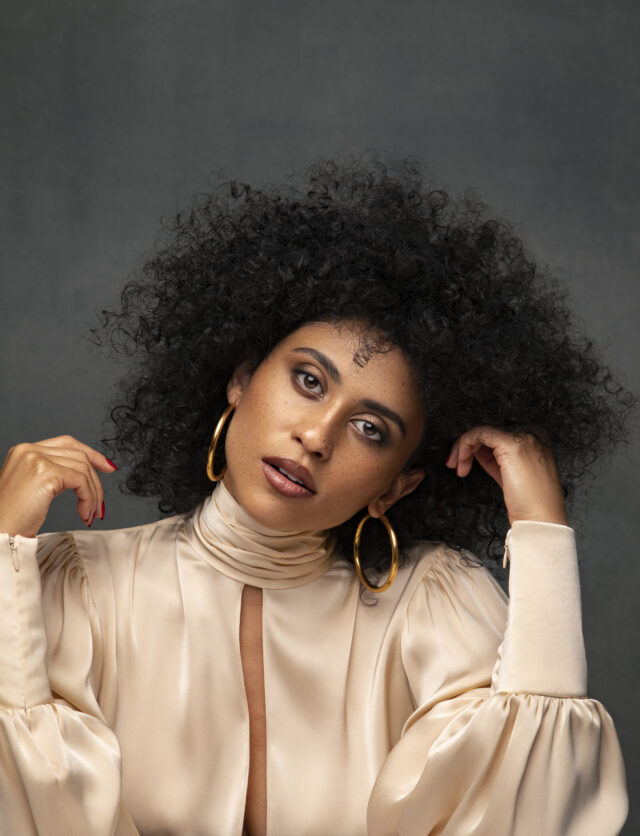 The Colombian-born, New York-based singer-songwriter Alea’s most recent album, 2021’s Alborotá, was shortlisted as among the Best Latin Music of the year by both Rolling Stone and NPR. That acclaim was especially meaningful for an artist whose songs blossom from a personal place. “The ideas for Alborotá came out of an intimate exploration of my own roots,” Alea says. “I wanted to write about topics that are integral to my experience as a Latina and as an artist: feminism, pride of self, fear of failure, immigration, abuse and harassment. Translating the expression of this album into a fully-considered live event should be more than going through a setlist. I want this concert at Uncharted to give the audience the same feelings of excitement and release that making Alborotá instilled in me.”

For this premiere presentation of “Vivir Alborotá” at Uncharted, Alea will be integrating the tracks from her acclaimed album alongside pre-pandemic tunes and new, never-before-heard songs, all with an emphasis on stylistic diversity.  Alea tells us that she “was brought up with exposure to a lot of different music; my parents would play salsa, cumbia, jazz and blues around the house. Today that music still excites me, but I’m also engaged by the broader history of Latin American folklore, so you’ll hear the influence of vallenato, Afro-Caribbean, ranchera, porro and currulao. I’m interested in merging the breadth of those sounds with modern Latin Alternative, both in service of original tracks I’ve written and for unique arrangements of traditional classics. A vital part of that tradition is dance and audience participation, so that’s the direction I’m evolving into as a performer. There’s vulnerability in exploring your passions and beautiful things can flow out of that.”

Greenwich House Music School’s Uncharted Series prides itself on providing a platform for engaging exactly that sort of vulnerable creative exploration. “With arts closures and funding restrictions, it is harder to perform to a live audience, which I feel is one of my strengths as an artist,” Alea tells us. “The staff at Uncharted have gone out of their way to provide the resources that this work requires, including time for rehearsals, coordinating musician schedules, free marketing engagement and hands-on professional production and tech. That support allows time for us to prepare and practice something that can have broader aspirations. It’s an asset that I generally don’t have at this stage of my career.”

Pandemic closures necessarily limited Alea’s ability to workshop the album live. She tells us that “COVID has been a hard phase to navigate. It’s made me question the nature of what I do entirely. Fortunately, music as an art form lasts beyond the musician themselves. I have been humbled and heartened to hear how my work has continued to impact people over the past two years. Even so, I’ve missed the stage terribly. So, from now on, there will be no holding back; I’m ready to bring it all in.”

Alea’s band for the evening will include Juancho Herrera (guitar, bass, vocals), Franco Pinna (drums), Berta Moreno (saxophone, clarinet) and George Sáenz (accordion), along with dancers Argelia Arreola and Maricarmen Betancour and her Alborotá producer and regular collaborator Sinuhé Padilla Isunza as Music Director. “We are a big family,” Alea says, “and we look forward to having your family join ours.”

With a welcoming sound that embraces cumbia, vallenato, rancheras, jazz and American pop, the singer-songwriter Maria Alejandra Jiménez aka Alea moves her audiences with messages of the spirit, calls for social change and free-flowing love. Originally from La Guajira, Colombia, Alea’s performance encompasses an entire generation of ethno-futuristic and folkloric music accentuated by buttery vocals, deep-rooted grooves and uplifting guitar. Alea’s in-person performances are powerful encounters of the spirit, passionate travelogues that link downtown New York to a tropical Colombian cantina. They are celebrations of Latin America and new definitions of what “Latin Alternative” can be.