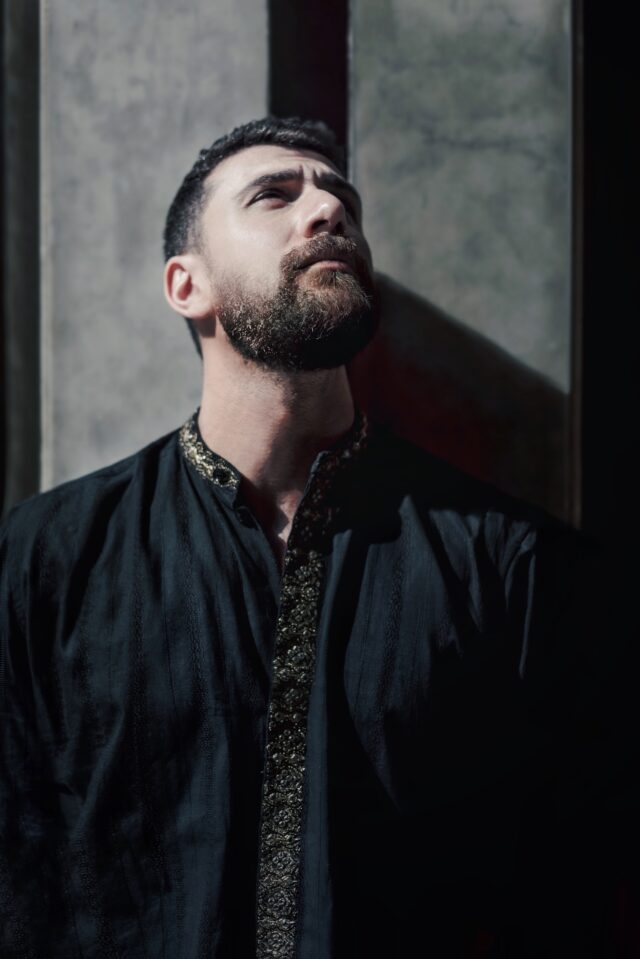 STTM begins with an early music memory of Papazian’s, where his mother was singing a traditional song about a dislocated wanderer serenading a crane lost in migration. That folk song had become adopted as a metaphor for the plight and suffering of the Armenian people in the years following the genocide of 1915. STTM reimagines that song through the story of a wandering troubadour who tries to rebuild the scattered pieces of his broken instrument into a machine that will guide his way home. The work is a fractured musical adventure that stretches across time and space, violent histories and reclaimed futures: a military drone disguised as a migrating bird malfunctions and follows a flock of cranes, a troubadour awakens within the mind of an opera singer, the ghost of an Armenian musicologist demands the rights to a song he never wrote. All these characters are connected by a desire for refuge after having their concept of home altered.

Throughout the start of 2021, Papazian has turned his home at Westbeth Artist Housing into a musical laboratory, collecting scrap electronics and hacking old musical instruments to build bespoke instrumentation for the performance of STTM. “Ultimately,” Haig continues, “when it is safe to do so, I want to turn my home into a literal music vessel, to make this project an experiential work by inviting artists and spectators to visit the space as I improvise and negotiate both what it means to make a home and how this story can be told. In that way, this piece is an attempt to merge my creative and personal lives very publicly and collaboratively.”

Haig is developing Space Time Tuning Machine as part of his one year residency with SHIM:NYC (Safe Haven Incubator for Musicians: NYC).

Haig Papazian is a Lebanese-Armenian multidisciplinary artist, composer, and architect born in Beirut and currently based out of New York. He is a founding member and violinist of Mashrou’ Leila, the Lebanese band whose electro-pop anthems about political freedom, race, gender and modern Arabic identity have challenged the status quo of the Middle-Eastern music industry. An architect by training, Haig participated in the inaugural edition of the Home Workspace program in Beirut and completed his graduate studies at the Bartlett School of Architecture in London. His visual work explores narratives of undocumented histories and reclaimed futures. Papazian’s art has been presented in Sharjah, Beirut, Bonn, London, Trondheim and New York. Haig is a SHIM:NYC 2021 resident – a residency program created by Artistic Freedom Initiative, Tamizdat, and Westbeth Artist Housing – and a 2021 New York Voices Commission recipient from Joe’s Pub.

As a member of Mashrou’ Leila, Haig has performed at sold out venues and festivals around the world. The band has recently collaborated with MIKA, Hercules and Love Affair, Yo-Yo Ma and Joe Goddard from Hot Chip. Papazian has been an artist in residence at NYU, campaigned with Greenpeace in an initiative to promote solar energy and participated in the BLOCK 9 & BANKSY Creative Retreat alongside fellow musicians Brian Eno and Roisin Murphy. Papazian has held public talks at NYU, Columbia University, Concordia, Dartmouth College and Sciences Po in Paris. Prior to the pandemic, he performed at the Metropolitan Museum of Art in New York as part of Oliver Beer’s Vessel Orchestra. Some of his recently published writings include the NYT op-ed “The Cost of being Queer and Arab” and his essay “Beyrouth et Beyrouth, travail en cours/Beirut and Beirut: work in progress” in France Culture.