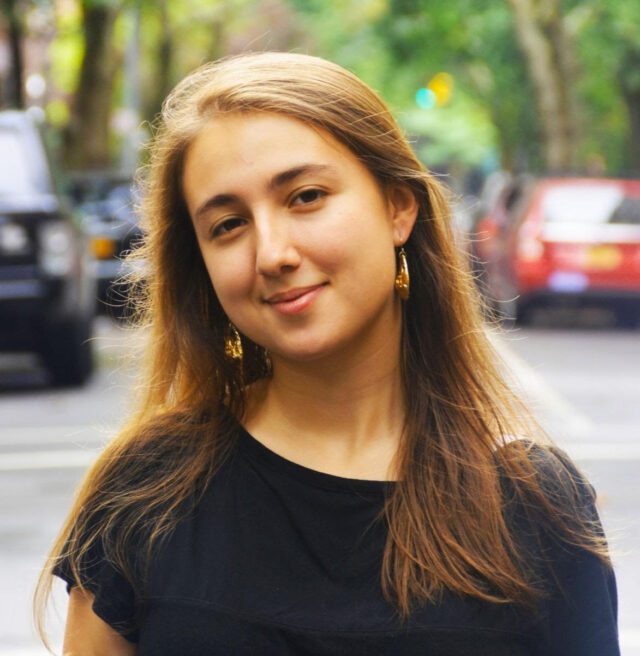 Named by The Washington Post as one of “2022’s classical composers and performers to watch” and a “force to be reckoned with,” Raquel Acevedo Klein finds her greatest joy collaborating with an eclectic array of artists. “Much of my work is about audience engagement and musical exploration,” Acevedo Klein says, “I’m building stories and songs that are meant to help engage empathy for communities or ideas outside of the listeners’ immediate experience. The desire for that sense of connection often draws me into creative collaboration as a performer, conductor, and as a composer. For my Uncharted performance, I wanted to offer a charcuterie plate of different kinds of music and different sonic approaches in celebration of the community of performers and audience members alike who also embrace that same sort of diversity.”

For this showcase, Acevedo Klein offers insight into her process with a presentation of several new originals. The show begins upon entry with the playing of her introspective vocal symphony “Polyphonic Interlace,” made from 40 overlapping and glitching layers of Acevedo Klein’s voice, whispered and boomed by multiple speakers throughout the room and visually scored by a bespoke abstract digital animation by Alex Van Gils. Attendees are encouraged to move around the Greenwich House Music School Recital Hall to find where the song resonates best for them.

The evening continues with three dual composition premieres including selections that embrace Puerto Rican and Arabic music. The first is a collaboration with the theatrical raconteur and musical maximalist Sxip Shirey, who most recently worked with Acevedo Klein at Bard’s Fisher Center for their immersive, site-specific choral and movement extravaganza The Gauntlet, co-created with choreographer Coco Karol. Acevedo Klein will then sing a series of composed pieces evoking the traditions of jazz and opera with her longtime teacher Fiona Bicket. The event closes with a mix of live and recorded vocal performance with electronics, accompanied by the percussionist Nathan Repasz.

This concert is particularly meaningful to Acevedo Klein as it represents something of a homecoming. She says, “Greenwich House Music School is where I performed many of my childhood piano recitals. Coming back with my name on the marquee, as it were, is a really special opportunity for me; one that I’m excited to share with my friends both onstage and in the audience.”

Raquel Acevedo Klein is a conductor, vocalist, composer, instrumentalist, and visual artist. Acevedo Klein has premiered works and operas by Philip Glass, Caroline Shaw, John Adams, Nico Muhly, Paola Prestini, Bryce Dessner, and George Lewis, to name only a few. She has recorded and performed with dozens of artists, including Anthony Roth Costanzo, Glen Hansard, Arcade Fire, Bon Iver, The National, Grizzly Bear, Sufjan Stevens, and the New York Philharmonic. In 2021, as part of the NY PopsUp initiative, Acevedo Klein curated a four-week festival entitled NYC FREE, celebrating the opening of the Pier 55 public park, Little Island. As part of that festival, she premiered her original, audience-interactive vocal symphony “Polyphonic Interlace,” made from 40 recorded layers of her voice that audiences could accompany using their phones. Some of the other highlights of Acevedo Klein’s live music history include vocal and instrumental performances at Carnegie Hall, Lincoln Center, Radio City Music Hall, The Town Hall, BAM, St. Ann’s Warehouse, the Celebrate Brooklyn! Festival, the NYC Guggenheim, Rockefeller Center, The Tonight Show with Jimmy Fallon, WNYC, National Sawdust, and Bard Fisher Center. She counts the Grammy Award-winning Brooklyn Youth Chorus, Beth Morrison Projects, and the New Jersey Symphony Orchestra as among the many groups and orchestras that she conducts for.  Over the course of her young career, Acevedo Klein’s performances and curations have already caught the attention of The New York Times, The New Yorker, The Los Angeles Times, The Washington Post, Time Out New York, The Wire, and Hyperallergic.