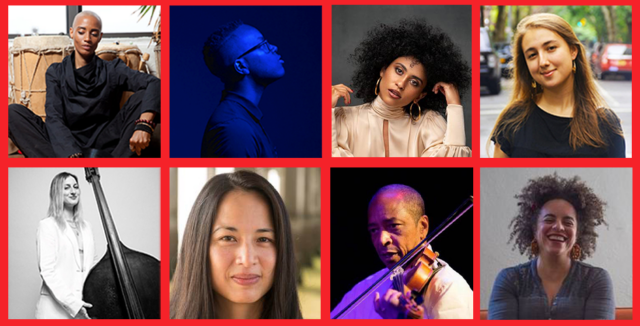 Uncharted is a concert series that encourages artists to take risks, work out new or existing material, collaborations, and projects for an intimate concert experience. In keeping with Greenwich House Music School’s artist advocacy work, 100% of ticket and merchandise sales go directly to artists.

In 2022, Uncharted is returning in person for audiences at Greenwich House Music School, with live performances every Thursday at 8 PM from local musicians and composers. Get your tickets today by clicking on the link for the concert you’re interested in.

Artists will be fairly compensated for their work and culminating performances through the support of New York State Council on the Arts and the New York City Department of Cultural Affairs.

As part of the NYPC, select Uncharted artists will have the opportunity to be in residence at GHMS. Sponsored artists are provided with free rehearsal space to workshop their productions, as well as personalized marketing and promotional services to promote both their Uncharted concert and future presentations of their work. After their residency, they will begin a series of performances through the Consortium partner venues with the aim of developing evergreen programs that can sustain not only the individuals’ creative output, but also improve the health of the NYC cultural ecosystem.

Check out these highlights from the 2019 Uncharted season.

The Uncharted Residency Program is made possible by The Baisley Powell Elebash Fund.