Adrianne Munden-Dixon is a NYC-based violinist praised for her “animated and driven” performances (Connect Savannah). She is a current member of the Savannah Philharmonic and Desdemona (“an excellent young quartet” The New Yorker). She has given recent performances as a soloist and chamber musician at Carnegie Hall, Princeton University, MassMOCA, and Roulette Intermedium. As an orchestral player she has played under the baton of Robert Spano, Manfred Honeck, Leonard Slatkin, Yan Pascal Tortelier, and Jane Glover.

Adrianne is a dedicated supporter of new music and working with living composers. She has premiered works by Shelley Washington, Gemma Peacocke, Peter Kramer, and Finola Merivale and has performed at festivals including Bang on a Can, Prototype, Resonant Bodies, and SPLICE.

Adrianne is a faculty member at Greenwich House Music School, Notes By the Bay Festival, and has led masterclasses at Savannah Arts Academy and the Governor’s School in Greenville, South Carolina. She encourages her students to be inquisitive and creative musicians and to cultivate a well-rounded education through listening and improvisation in addition to studying their instrument. She was a student at Aspen Music Festival for three summers and received her B.M. from SUNY Purchase Conservatory of Music with Laurie Smukler and Carmit Zori and completed her M.M. on a full tuition scholarship at Carnegie Mellon University with Cyrus Forough.

Outside of music, Adrianne is a certified yoga instructor and former competitive surfer. She plays a 1780 Kloz violin. 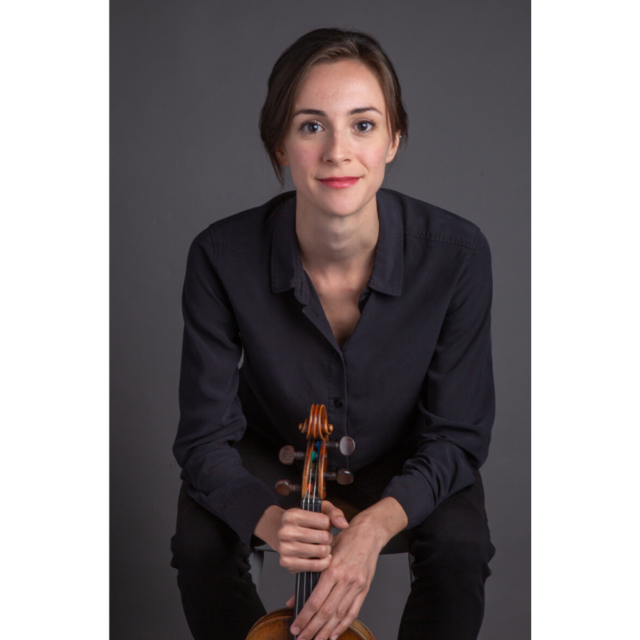