Andrea Christie is a versatile performing artist with a flair for late-romantic works and a passion for contemporary music. Equally at home as a soloist and chamber musician, she is the pianist of the NYC-based Parhelion Trio, an all-female ensemble that is dedicated to performing new and adventurous music. A native of Victoria, Canada, Christie has been playing piano since the age of four. Her formal training began at the Victoria Conservatory of Music where she made her solo orchestral debut at age 14, performing Rachmaninoff’s Second Piano Concerto.

Andrea Christie received her Doctor of Musical Arts and Master of Music degrees from SUNY Stony Brook and completed her undergraduate studies at the University of British Columbia. Her principal mentors include German Diez, Christina Dahl and Jane Coop. As a recipient of numerous scholarships and fellowships, Christie has performed in residencies and summer festivals across North America and Europe including Tanglewood, the Mozarteum, Academy Prag-Wien-Budapest, International Festival of Contemporary Music at Mannes, Icicle Creek Chamber Music Institute, Vancouver International Song Institute, Orford Academy and Morningside Music Bridge. 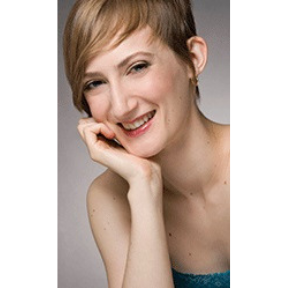