Open Dustin Yager is a ceramic artist whose work deals with popular perceptions of pottery, taste, class, and all that goes along with it. His work has been exhibited in Minneapolis, Chicago, and nationally, and he has given presentations about his work and academic research at Pecha Kucha Chicago, the National Council for Education in the Ceramic Arts, The Soap Factory, The American Craft Council, and elsewhere. Yager earned an MA degree in Visual and Critical Studies from the School of the Art Institute of Chicago, and holds a BA from Carleton College. Yager was awarded a 2012 Jerome Ceramic Artist Project Grant from Northern Clay Center. He is originally from Wyoming. 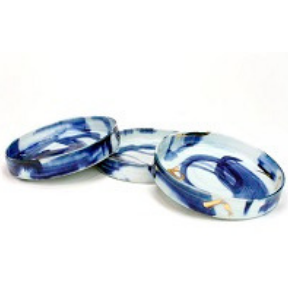 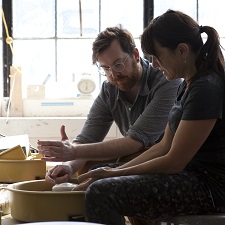