Ellen Winter is Brooklyn-based performer, songwriter and theater-maker from the woods of Northern Virginia. In 2017, she co-wrote/directed/composed 36 Questions with Chris Littler, a musical podcast starring Jonathan Groff and Jessie Shelton. She’s explored new work with NYTW, The Public, Ars Nova, The TEAM, Pipeline Theater Co., and the Tank. She’s had the joy of making music with the Bengsons, Dave Malloy, Heather Christian, César Alvarez, Salty Brine, and Andrew R. Butler. Past residencies include Ars Nova, Rhinebeck Writers Retreat, Barn Arts Collective and SPACE on Ryder Farm. She is a proud Story Pirate and also writes songs for their Gimlet podcast. For the last two years, she’s led the Songwriters Project at The Performing Arts Project in Winston Salem as a part of their music faculty. Since 2013, she’s belted and written with Chamber Band, and together they have three concept albums and three national tours under their belts. Currently, she’s in post-production for her debut record, Every Feeling, coming out later this year. 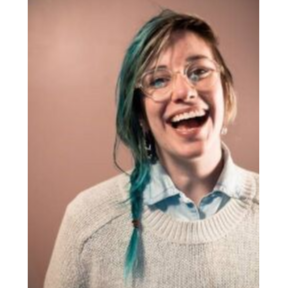