The Italian- Egyptian pianist Francesca Khalifa was recently the winner of the Ferrara International Piano Festival in 2014, awarded by Paul Badura-Skoda.

Active soloist and chamber musician, her recent performances include solo recitals and chamber music concerts at the “Claudio Abbado” Theatre (Ferrara), “Piccolo Coccia” Theatre (Novara), Eglise de Saint Merry (Paris), Kapelzaal (Leiden), Saklad Auditorium and Greenfield Hall (New York), Concert Hall and Barness Recital Hall (Tampa), New York City Spectrum, University of Central Florida Art Gallery and Auditorium Leonardo in Bogota’ (Colombia).
Solo collaborations with orchestras include the “G. d’Arezzo” Symphony Orchestra, the Utrecht Conservatory String Orchestra and the Hoorn Osterkerk Kammerorkestra. Francesca was the pianist and a founder of the van Eyck Piano Trio, featured at many chamber music festivals throughout The Netherlands (Zaltbommel Schumann Festival and Hoorn Osterkerk Kammer Musik Festival) and France.
Francesca Khalifa is a graduate of the Utrecht Conservatory of Music (master of music) and Konservatorium Wien (Chamber Music). Awarded the President’s Piano Trio Fellowship of the University of South Florida in Tampa in 2012, Francesca moved to the United States and pursued a second master’s degree at USF while also serving as Teaching Assistant. During the summer of 2015, she joined the Faculty of the Edward Said National Conservatory of Music in Jerusalem as a professor of piano and she was a guest artist for masterclasses and performances for the Conservatory’s branches in Bethlehem and Ramallah.
Recently Francesca earned an Advanced Certificate Diploma from NYU, where she has joined the studio of Professor Jeffrey Swann and has been awarded the Steinhardt Talent Scholarship. While pursuing the Advanced degree, Francesca has been teaching as Adjunct Faculty at NYU as well as maintaining her own private studio. Currently Francesca serves as faculty member at the Greenwich House School of Music and is Artistic Director of the Classical Thursdays concert series at the Brooklyn Center for the Arts. She was mentored by the Cuban pianist and pedagogue German Diez and is currently working under the guidance of pianist Ena Bronstein Barton, both former pupils of Chilean pianist Claudio Arrau. 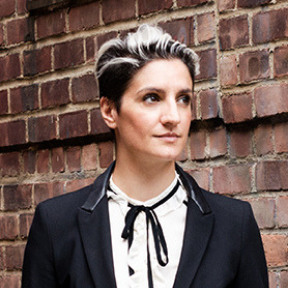