Born and raised on the upper west side of Manhattan, Haakon Lenzi was first exposed to the potters wheel in high school and has been throwing his life away ever since. Haakon received a BFA in ceramics from the New York State College of Ceramics at Alfred University where he was greatly influenced by his studies in printmaking, sculpture and anthropology. He then continued his studies in an independent study at Columbia University’s Teacher’s College.

Haakon has been a visiting artist at Goggle Works and Columbia University’s Teacher’s College and has exhibited nationally, including at The Jane Hartsook Gallery in New York City, The Northern Clay Center in Minneapolis as well as at NCECA (The National Council on the Education of the Ceramic Arts). Currently he is a faculty member of Greenwich House Pottery in New York City. Haakon maintains an active studio practice in his East Harlem “El Barrio” studio where he produces his signature Lenziware pottery, combining his love for historical ceramics with the visual and cultural density of his hometown. 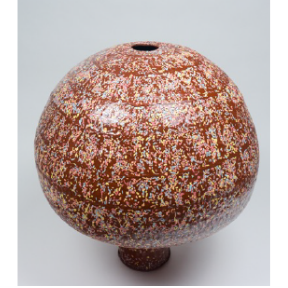 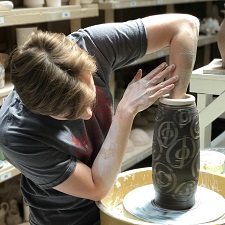