Hungarian-American violinist Hajnal Kármán Pivnick was born and raised in Memphis, Tennessee. She advocates the performance and promotion of music written in the 20th and 21st century, and works extensively as an educator and arts administrator. She is co-founder of Tenth Intervention, a collective of musicians that presents new music in New York City.

Hajnal performs regularly with IRIS Orchestra, ensemble mise-en and Quartet Metadata, and has played with the Memphis Symphony Orchestra, Opera Theater of Pittsburgh and the Hungarian New Music Chamber Ensemble (UMZE). In New York, she performs in venues ranging in scope from The Park Avenue Armory to Joe’s Pub to Carnegie Hall.
As a soloist, she has performed with the Association for the Promotion of New Music, the New Music Gathering at Bowling Green State University, the Casa de las Américas in Havana, Cuba, the Midtown Opera Festival and the Tribeca New Music Festival.
Hajnal is a member of the violin faculty at Interlochen Arts Camp, and maintains a violin studio at Greenwich House Music School, Opus 118 Harlem School of Music and Lucy Moses School at Kaufman Music Center. She is also a chamber music coach with the Face the Music/Kronos Quartet program. She holds a Bachelor of Music from Carnegie Mellon University where she studied with Andrés Cárdenes and an Artist Certificate and Master of Music from the Liszt Academy of Music in Budapest, Hungary, studying with Eszter Perényi.
Hajnal teaches Suzuki Violin and private violin instruction. 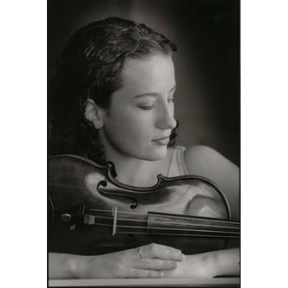