Ismael Baiz is a touring and recording artist who resides in New York since 2009. Originally from Caracas, Venezuela, Ismael began his music studies at age 5. After a bitter-sweet breakup with the piano, his interest for percussion sparked while at the Prudencio Esaa music school. Soon enough he began receiving private drum lessons and different teachers imparted their knowledge. One particular teacher with whom he studied for 8 years marked his drumming, Jose Mato, who ascends a line of exceptional classical percussionists.
He began performing professionally at age 14. A short time later he toured his native Venezuela and, had the opportunity of touring internationally. With a busy schedule he was also able to obtain a Degree in Journalism and Corporate Communication, as well as an Associate’s Degree in Sound Engineering and Music Production.

Then came the New York experience, where he continued his post-graduate studies and he found himself in The Collective School of Music as a full-time student for 2 years. Following that, he attended the CCNY Jazz Performance Program. Studying with a line-up of teachers such as: Ian Froman, Peter Retzlaff, Bob Quaranta, Kim Plainfield, Vince Cherico, Marko Djordjevic, Chris Coleman, Tim Ries, Dan Carillo, Vanderlei Pereira, Mike Hollober, amongst others who helped refine and develop his sound and vision in music.

Ismael currently performs nationally and internationally with artists such as: Yordano, Monte, Mike Greko, Marilyn Castillo, Charles Duke, Amine Hachem, Ali Bello, The Latino Experimental Project and Blondie as guest singer (live) and percussionist (studio), just to name a few. Aside from this, he continues teaching and recording in his state of the art studio. As an educator he has been teaching for more than 20 years, both as a private music tutor, as well as a music teacher in his former Venezuela and in the United States within schools such as The Collective School of Music, Greenwich House Music School, Multicultural Music Program, to mention a few.

In 2009, Maelo Drums sprung from Ismael’s rigorous research and dedicated passion towards providing unique designer sounds for unique artists. The ability to create and obtain specific drum sounds opened a new door and gave him the opportunity to work in studio and/or on the road with artists/drummers as: Carmine Appice (The Vanilla Fudge), Clem Burke (Blondie), Sammy Merendino (Cindy Lauper), Sterling Campbell (David Bowie) and many others. To learn more about MAELO DRUMS visit: www.maelodrums.com

With a cultural melting-pot in his brain, Ismael is constantly composing original music and arranging with The Latino Experimental Project; a musical experiment that mixes his Venezuelan roots, Afro-Latin and Caribbean styles with a contemporary and improvisational approach. The first single of the band “Pendiente” was released in 2022 and the EP “La Sardina” is expected to be released in 2023. Please visit www.latinoexperimental.com for more information.
2023 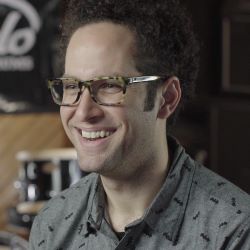