Mayock has significant experience working in community-based settings and conducting community outreach. He has worked and volunteered in a variety of non-profit settings, including LGBTQ+ seniors, private-public partnerships, parks and education. He has collaborated with residents and leaders in multiple communities across New York City, particularly in the West Village, Williamsburg, Greenpoint and East Flatbush.

Mayock has been an active member of the older adult community for almost two decades. He is one the longest serving volunteers in the Friendly Visitor Program at SAGE, the non-profit for LGBTQ+ elders.

Mayock enjoys being involved in community building. He led the development of an enterprise-level volunteer corps for the city’s only neighborhood-wide park conservancy in North Brooklyn, building a partnership network of “friends groups” for eight of the largest parks in the neighborhood. This strategy was lauded by Mayor Eric Adams (who was then Brooklyn Borough President), Brooklyn Borough President Antonio Reynoso (who was then a City Council Member) and other government leaders.

Born and raised in Indiana, Mayock lives in the West Village with a loving, patient husband. 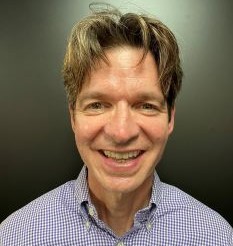