JOHN TAFONE is an award-winning composer, pianist, and choral director, originally from southern Rhode Island. Having studied composition at the Catholic University of America and Oxford University in the UK, John’s music has been performed by numerous ensembles including the Washington National Symphonic Brass, The Chorus of Westerly, the Rhode Island Festival and Pops Orchestras, and by members of the Boston Pops Esplanade Orchestra as well as at numerous locals including Synetic Theatre, Christ Church Cathedral (UK), The CenterStage Theater Company, The Kennedy Center (Washington DC), and at The New York Musical Theatre Festival (NYMF). As a choral director and educator, John has worked extensively with countless ensembles ranging from school choirs to world-renowned professional groups.

John serves as the Director of Creative Development and Head Composer for Starting Gate Theatrical in New York City, as well as the orchestrator and arranger for the Chorus of Westerly. He currently has two commercial musicals in development in addition to an upcoming Off-Broadway musical entitled “Magic in Music.” 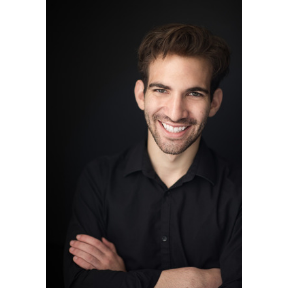