Kelly Chang is a New York-based art director, animator, and designer, who is developing his art practice in clay. Using his background in computer graphics and 3D modeling and animation, Kelly employs 3D printing in plastic, 3D scanning, photography, and computer simulation to create his slipcast ceramic sculptures.

Kelly earned his BA in art history from the University of California, Santa Cruz and studied computer science at New York University. He was the director of visual effects at FX Networks, as well as a lead computer graphics artist for Oscar and BAFTA-wining creative studio Framestore, and a sculpture production assistant to the artist Matthew Barney. He is currently a board member at Black Ball Projects, a gallery and arts nonprofit based in Brooklyn, New York. His work has been shown at MoMA PS1 (Greater New York, 2000).

During his residency, Kelly will continue to develop a project that seeks to consider the idea of the replica and its value, or lack thereof. In this series, Kelly will reimagine the trash, plastic, and electronics of our current era as valuable artifacts found in the distant future. He will also take inspiration in part from his Chinese American upbringing in New York City.

A recording of Kelly’s online artist talk, held on December 7, 2021, is below. 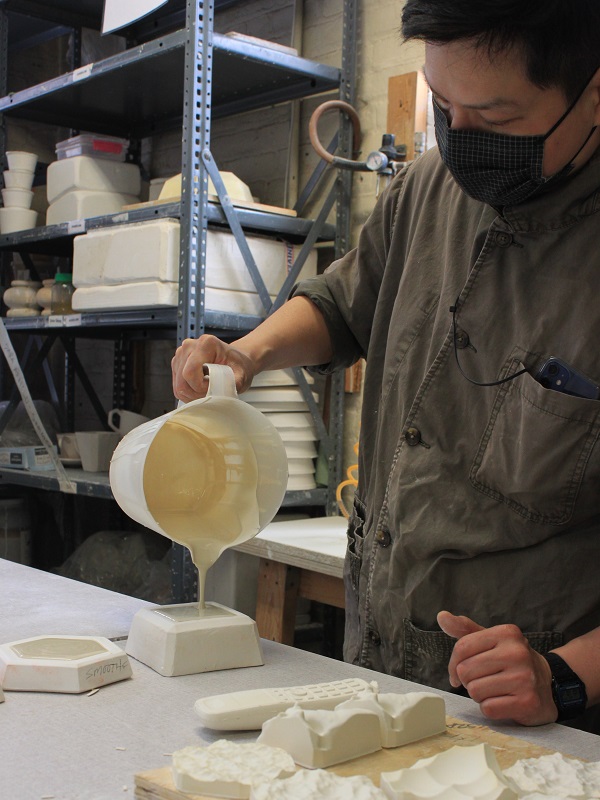