Violinist Lynn Bechtold has concertized throughout North and South America, Asia, and Europe. An advocate of contemporary music, she has collaborated with composers such as Gloria Coates, George Crumb, John Harbison, Alvin Lucier, and Morton Subotnick, and has premiered works on the Princeton Composers’ Series. Noted in All About Jazz for her “virtuosity and technical expertise,” she is a member of groups including Zentripetal, Bleecker StQ, Miolina, SEM Ensemble, and the NY Symphonic Ensemble. Past groups include Lumina String Quartet and the East Village Opera Company (rock/opera band). Her performances have been broadcast on CBC Radio, CBS-TV, NBC-TV (‘30 Rock’), NHK-TV, and WNYC. Other programs have been with Absolute Ensemble, Catalyst Dance, DJ Spooky, North/South Consonance, Parsons Dance, Paul Taylor Dance Company, the Vermont Symphony, VisionIntoArt, VOX Opera Readings, and Pablo Ziegler. In addition, she’s performed with entertainers such as Boyz II Men, Willie Colon, Sheryl Crow, Darcy James Argue’s Secret Society Band, Dead Can Dance, Escort, Roberta Flack, Left Banke, Smokey Robinson, J-Pop band SMAP, and Donna Summer. An active performer, she has been featured at diverse venues such as the Blue Note, Carnegie Hall, Citi Field, the Frick Museum, the Harvard Club, Joe’s Pub, Lincoln Center, Merkin Hall, nublu, LPR, and St John the Divine.

She received her Masters Degree from the Mannes College of Music, where she was a student of noted violinist Felix Galimir. Prior to that, she received a double-degree in Violin and English from New England Conservatory and Tufts University in Boston. Her electroacoustic compositions have been performed on the Composers Concordance and Music With a View festivals, and at venues such as the Austrian Cultural Forum and the Bohemian National Hall. She is on the faculty of Greenwich House Music School in NYC, and the Norwalk Youth Symphony.

Lynn on her teaching style:

“My teaching style incorporates traditional violin methods with the Suzuki style. As a performer I am a direct descendent of the Leopold Auer and Carl Flesch methods. I am fluent in most styles of music and teach adult and advanced younger students. My goal is to have students reach a level of playing that will make them feel comfortable performing in front of others on student recitals.” 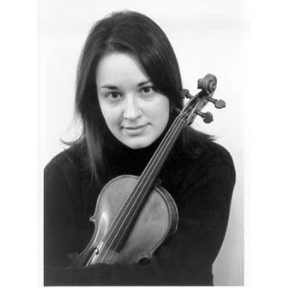