Megan Campbell grew up performing, living, and rigorously training all over the country. Turning her love for the arts into a life-long career, she attended and graduated with honors from critically acclaimed Oklahoma City University with BPA in dance performance and a minor in history. Megan has performed around the world on a variety of stages, film sets, and venues, ranging from special guest performances to company work.

Most recently, you could find Megan touring the country playing Mona in the National Tour of the iconic show, Chicago the Musical! Additionally, here are a few of her favorite credits. Theatre: Prohibition – The Musical (Mr. Mac), Warren Carlyle’s ¡Havana!, Swing! (Latin Feature), Broadway Christmas Wonderland (Tokyo Theatre Orb), Siren’s Den (Elektra Theatre), Legends in Concert, Once Upon a Holiday (Disney). Concerts/Music Videos: Da-Bangg Reloaded (Tour), IIFA Awards (Met Life Stadium), Fly By Midnight, Rudi Aliza (HOB Dallas), and JLiNE. TV/Film: A Jazzman’s Blues (Netflix), The Tick (Amazon), Saturday Night Live (NBC), The Amazing Race China (Shenzhen). Aside from performing, Megan can be found teaching and choreographing around the country. To be able to nurture someone’s love and talent for the arts, and to watch them grow is the best gift! www.meganelizabethcampbell.com 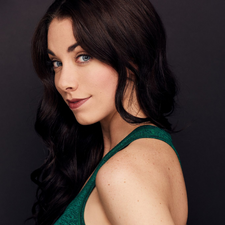