Contemporary artist, writer and filmmaker Nicolás Guagnini works across disciplines to engage with concepts of labor, capital and masculinity. His exhibitions frequently mix mediums—ceramic sculptures are paired with books from his personal library, flowers, ink-soaked pedestals, critical writing and unique text design—with every component adding a layer of meaning deeply tied to the project’s philosophical basis. In addition to his individual art practice, Guagnini co-founded the cooperative gallery Orchard in New York’s Lower East Side and the experimental film company Union Gaucha Productions.

Guagnini is planning to use his residency at GHP to work on large-scale ceramics sculpture. 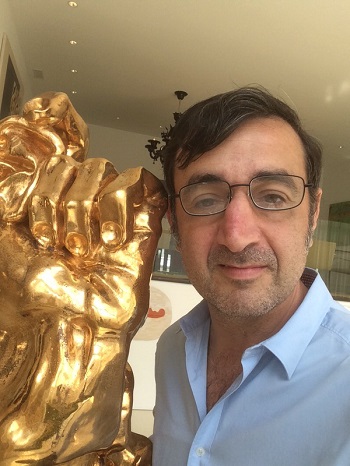