Prior to joining Greenwich House in 2012, Omar Amores worked at The Children’s Aid Society as the Assistant Director for the After-School and Summer Arts Camp program. Under his leadership as Director of After-School and Summer Arts Camp, the program grew to serve over six times the number of children since it became a part of Greenwich House. He now oversees a team of 20 staff and over 300 children yearly.

In 2020, Omar led the launch of the new Greenwich House Youth and Community Center, expanding programming to also include a Student Enrichment Program, which supports children with remote learning.

Omar earned a B.A in Education from Brooklyn College. In his spare time, he enjoys spending time with his family and his two young daughters, Penelope and Luna. He also loves to run and participates in many marathons throughout the year. 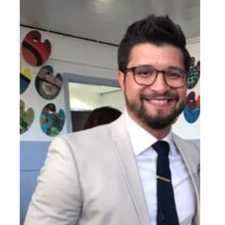