Primarily a sculptor, Pam Lins works across disciplines using classical to contemporary art, craft and design forms to question the nature of sculpture and materiality. Lins was a short-term resident at GHP in 2014, when she continued a project based on a photo, circa 1931, of a classroom for one of the basic courses at the Russian State Art and Technical School, Vkhutemas. During this full-term artist residency at GHP, Lins will develop a collaborative project with artists Trisha Baga and Halsey Rodman. Lins will work with approximately 100 artists to create and decorate ceramic and mixed-media artwork that will culminate in what Lins, Baga and Rodman hope will be an unruly event that is simultaneously a party, a play, a show, a cocktail lounge, a conversation circle and a fundraiser.

Born in Chicago, IL, Lins lives and works in Brooklyn, NY. She received her MFA from Hunter College of the City University of New York and has held teaching positions at the Copper Union School of Art, Princeton University and Bard College. 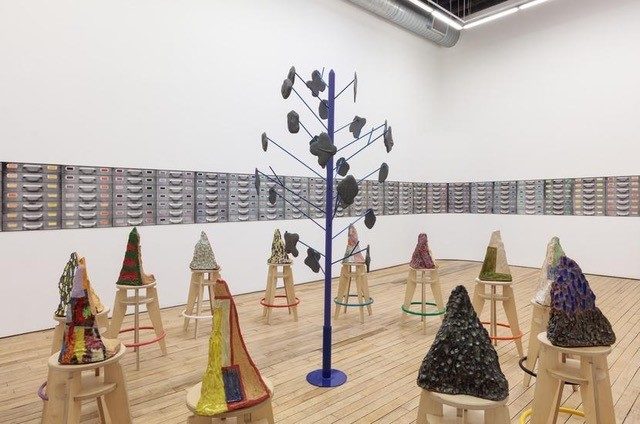