Rachel received her early ballet training from Robert Kelley and Diane Cypher of Santa Cruz Ballet Theatre. While a member of SCBT she performed a range of roles in classical ballets such as the Nutcracker, Giselle, and Swan Lake as well as soloist roles in original choreography by Robert Kelley, Debra Rogo, and Nolan T’Sani. She attended Butler University on a merit-based scholarship, where her dance education expanded to include Simonson technique-based jazz and Taylor-based modern in addition to classical ballet, variations, and pas de deux. Some of her favorite roles from her four years with Butler Ballet include “The Fairy Candide” in The Sleeping Beauty and principal roles in Gerald Arpino’s Viva Vivaldi and Idylwild (original choreography by Susan McGuire). After receiving her BFA she moved to San Francisco to join the Alonzo King Lines Ballet Training Program. She is currently a freelance dancer and has performed in original works by Erik Wagner, Maurya Kerr, David Harvey, Sidra Bell (as an apprentice to Sidra Bell Dance New York), and Gregory Dawson (as a member of dawsondancesf). 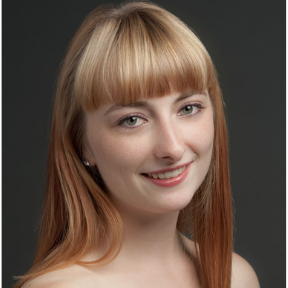