Romulo Viana is an active performer and teacher throughout South America, the US, and Europe. A native of Brazil, Romulo is sought after for his diversity—performing programs that often feature both classical repertoire and Latin American popular music. He has recorded two albums, one with choir Altivoz and another with thegroup Vozes e Acordes, for which he was a Co-Founder and arranger.

Romulo holds a Master’s degree in Classical Guitar Performance from CUNY Hunter College in NYC, where he studied with the two-time Latin Grammy nominee and Brasil Guitar Duo member, João Luiz. He received his Bachelor of Music at University of Rio de Janeiro – UNIRIO, as a student of Nicolas Barros. Additionally, Romulo studied popular music and Latin Jazz with Marco Pereira and Marcus Tardelli. Romulo now resides in New York City, and in the last years has performed solo concerts across Brazil, Argentina, Uruguay, the USA, Portugal, Switzerland, and Russia. 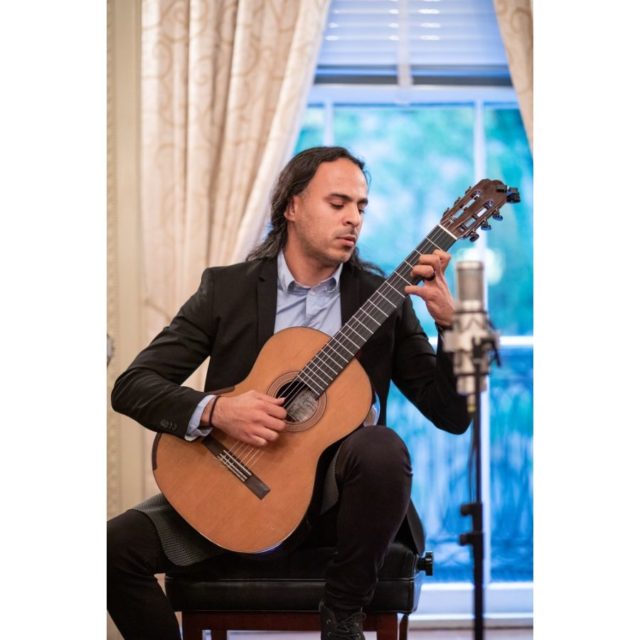