Ryan Dennis started as a camper at Greenwich House in 2013. He became a counselor-in-training in 2014 and a counselor in 2016. After that, he worked his way up, becoming a science and gym teacher, Youth Civic Corps supervisor, and now Program Supervisor

Ryan graduated from Baruch College in May 2022, with a degree in Political Science, and plans to attend law school in the fall of 2023. 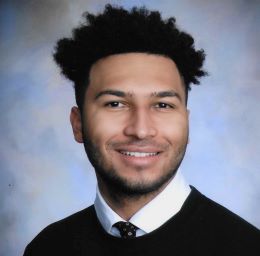