Sean began formal training under Jorge Morel. Shortly after, he was accepted into the Manhattan School of Music where he earned a B.M. in Classical Guitar Performance. While there, he studied with Oren Fader and Mark Delpriora. He also played in master classes for Eliot Fisk, Eduardo Fernandez, David Starobin, and James Smith. Sean later went on to earn an M.A. from Teachers College, Columbia University, where he pursued post-graduate studies. He has performed throughout New York including a concert at Lincoln Center’s Alice Tully Hall. Sean performs extensively in a wide variety of musical styles from classical to rock. Sean has over 20 years of teaching experience, all ages and all styles. 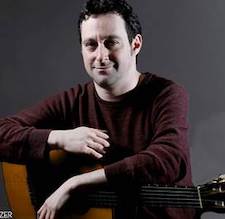