Suzy Goodelman has a Fine Art and Graphic Design background having attended The Art Students’ League, Pratt Institute and School of Visual Arts. She began her study of ceramics in 1999 and came to Greenwich House Pottery in 2000. She has exhibited at Cocobolo Design, 80 Washington Square East Gallery at NYU, Omega Institute, the Lynn Tendler Bignell Gallery at Brookfield Craft Center, the Storefront Gallery and Jane Hartsook Gallery at GHP, and others. In 2012 she was chosen by Cavin-Morris Gallery in NYC to join their group of Studio Ceramic artists. Her work has been on HGTV’s Design Star and can be found in the private collections of Robert Ellison, Omega Institute, and more. She has won both the Madeline Sadin and Anna Siok awards from Greenwich House Pottery, as well as the Creativity Award from Art Direction magazine. 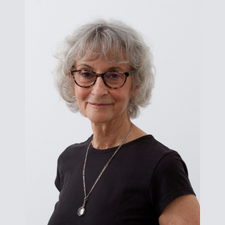