Mr. Kigawa grew up in Nagano, Japan, where he began piano studies at the age of three, winning his first competition at the age of seven. He received his Bachelor of Arts degree from Shinsyu University, and his Master of Arts degree from Tokyo Gakugei (Liberal Arts) University, graduating with honors in Piano Performance. During both his undergraduate and graduate years, he also studied composition and conducting, receiving high honors in both disciplines. He furthered his studies in the United States at The Juilliard School in New York, where he studied with Josef Raieff, was recipient of the distinguished Alexander Siloti Award, and earned his Master of Music degree. Mr. Kigawa currently lives in New York and has been on the faculty at Greenwich House since 1996.

Taka on his teaching style:

“Actually, to me it is more like “working with my students,” rather than “teaching students.” By which I mean, with all of my students I always try to share the great joy of the music making process; to find the proper and best way of artistic self-expression of each student; to discover the beautiful potential of students’ inherent musicianship. I have always enjoyed the learning process with my GHMS students.” 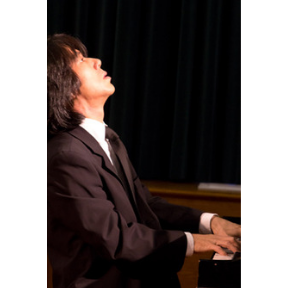