Theresa Rosas is a solo and collaborative pianist based in New York City.  She has performed most recently at South Oxford Space with the String Orchestra of Brooklyn, the Argentine Consulate with soprano, Mariana Aslan, and the Brooklyn Conservatory of Music, where she presented a program of solo piano works by Brahms and Beethoven.

Theresa received her Master of Music degree from Brooklyn College where she began studies with her main teacher and mentor, German Diez. She twice participated in the International Piano Festival in Blonay, Switzerland under the direction of Edith Fischer.  She has also played master classes with Malcolm Bilson and Jeffrey Swann.

She began her teaching career at Third Street Music School Settlement where she was trained in the Suzuki Method approach with Marcia Lewis.  She enjoys working with students of all ages and levels, aiming to share, encourage and strengthen a student’s enthusiasm for music. 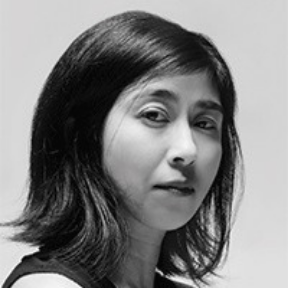 Find the Latest Information About the COVID-19 Vaccine

Click here to learn more about the vaccine and make your appointment. Adults ages 65+ can get assistance making an appointment by contacting us at seniors@greenwichhouse.org