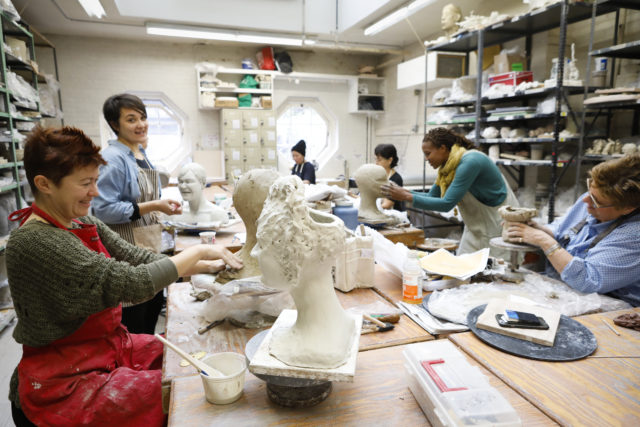 There have been pottery classes at Greenwich House for nearly its entire history. Starting with classes as part of a larger handicraft program in 1904, the Pottery officially became a department within Greenwich House in 1909. The teachers, students and residents that have worked in the Pottery’s classrooms over the years have included such renowned names as Peter Voulkos, Rirkrit Tiravanija, Betty Woodman, Ghada Amer, Ann Agee, Kathy Butterly, Simone Leigh and David Salle.